The breakthrough gene editing technique CRISPR has a problem: it might only work by increasing the risk of cancer. Two studies published this week in Nature Medicine found that cells edited with CRISPR-Cas9 were more likely to develop mutations and become cancerous. That means therapies that involve replacing disease-causing genes with healthy versions and returning the modified cells to patients could ultimately seed tumors throughout their bodies.

Biotech investors are spooked, but most geneticists are taking the studies in stride. They believe that the problem is manageable, and some are doubtful that these lab results will translate to the real world.

The biggest problem with gene editing is that it’s extremely inefficient: most of the cells that get CRISPR’d refuse the genetic changes. This makes it slow and expensive, and you have to do a lot of testing to find the cells that took the edits. Scientists managed to boost CRISPR’s efficiency up to 80%, but, disturbingly, the edited cells were now much more likely become cancerous.

Your body really doesn’t like it when something breaks your DNA—especially since the cause is usually a virus, chemicals, or radiation—so there’s a genetic “kill switch,” called p53, to stop cells with broken DNA from replicating. When CRISPR cuts both strands of DNA to insert a new gene, that triggers a chemical that activates the failsafe: the cell will either repair the cut (erasing CRISPR’s insertion) or die. Either way, the new gene won’t take.

Scientists found a way to brute force the problem and get the share of cells who accepted the changes at the end to 4 out of 5. But Darwin warned us about natural selection 150 years ago. By forcing CRISPR-Cas9 into the DNA, you’re weeding out the cells with a working failsafe. Those cells will self-destruct if they can’t repair the edited DNA, and then you’re left with a pool of cells that don’t die when their DNA breaks.

And that leads to cancer. In fact, according to STAT News, malfunctioning p53 genes are responsible for a huge share of cancers: “nearly half of ovarian cancers; 43 percent of colorectal cancers; 38 percent of lung cancers; nearly one-third of pancreatic, stomach, and liver cancers; and one-quarter of breast cancers.”

Who Want Some Caveats?

The bad news: our miracle gene therapy might cause disease, in addition to fixing it. The good news: there’s lots of caveats that leave scientists room for hope and directions for improvement.

First, the cancer effect has never actually been seen in lab mice who have been treated with CRISPR-Cas9 (at least not yet). That doesn’t mean it doesn’t happen or that those CRISPR’d cells didn’t increase the risk of cancer, but the effect might be rare in a real-world environment, rather than a petri dish. It could be that CRISPR’s natural inefficiency has reduced the likelihood of cancer, or it could be that the body’s other defense systems pick off the new cancer-prone cells.

Second, the problem only affects one kind of edit: swapping in a whole new gene for an old one. But the studies found that CRISPR can still delete disease-causing genes, like the one that causes sickle cell, without triggering the kill switch.

There are several other techniques that won’t have this problem, either: CRISPR that uses enzymes other Cas9, editing T cells to fight cancer, and CRISPR 2.0 (which edits DNA letter by letter, rather than cutting the strand and swapping in a big chunk).

The scientists behind the two studies think the best solution is just to be cautious with CRISPR-Cas9. The critical thing is just to make sure that cells do have a working copy of the p53 gene after getting CRISPR’d, and that can be checked pretty easily these days.

It might take more work than we expected, but you can always just culture the cells that both accepted the CRISPR edits and have a working failsafe until you have enough cells to do the treatment right. The takeaway is that, like everything in science, there are  risks and tradeoffs that have to be investigated. 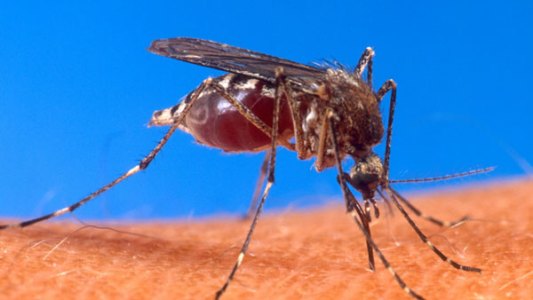 We could be on our way to a fast, reliable, portable test for almost any virus or cancerous mutation.

CRISPR
CRISPR can diagnose Zika (and Ebola) with just a strip of paper
By Daniel Bier
Subscribe to Freethink for more great stories
Subscription Center
Sections
Video
Freethink
Subscribe
We focus on solutions: the smartest people, the biggest ideas, and the most ground breaking technology shaping our future.
Subscribe