Three more nations have eliminated at least one form of sleeping sickness as a public health threat, the WHO has announced.

Benin, Rwanda, and Uganda have all received official validation from the WHO, Benin and Uganda in November 2021 and Rwanda this past April. Five countries have now vanquished sleeping sickness in the last two years, with Togo and Côte d’Ivoire the first to get the nod in 2020.

The news is a milestone in the war on the disease, which primarily impacts the rural poor.

Swatting flies: You’ve likely heard of sleeping sickness, or seen it played as a joke; our protagonist — usually unawares — is bitten by a fly and then instantly falls asleep, to comic effect. The real version is not as funny.

The disease, officially called human African trypanosomiasis (HAT), is caused by Trypanosoma, a protozoan parasite that looks like a tiny cave-dwelling sea monster.

According to the CDC, two subspecies of the parasite cause two different forms of sleeping sickness in humans..

One subspecies, T. b. gambiense, acts very different from the fictional vision. In reality, the sleeping sickness caused by gambiense takes a far more sinister, slow-burning course, hiding for months or even years before revealing itself, a condition known as chronic HAT.

This form of sleeping sickness currently accounts for 97% of reported cases, the WHO says.

The other subspecies, T. b. rhodesiense, causes acute HAT, with its symptoms appearing far faster. Uganda is the only country known to harbor both forms of sleeping sickness.

All forms of the disease are transmitted by the tsetse fly, and the infection occurs in two stages.

Patients have their sleeping schedules inverted, passing out during the day and suffering insomnia at night. They can be afflicted with hallucinations, mania, confusion, tremor, seizures, sensory issues — a litany of terrible symptoms.

In the first stage, the parasites multiple in the blood, lymph, and depths of the skin. During this stage, sleeping sickness looks like so many other infections — headache, weakness, itching, joint pain.

The second stage, which can occur within 300-500 days of infection for chronic sleeping sickness and 21-60 days for acute, is far worse. In this stage, the parasites cross the blood brain barrier, breaching the central nervous system.

Patients have their sleeping schedules inverted, passing out during the day and suffering insomnia at night (hence the name). They can be afflicted with hallucinations, mania, confusion, tremor, seizures, sensory issues — a litany of terrible symptoms.

Without proper diagnosis and treatment via a number of possible drugs, the disease is lethal.

HATs off: Sleeping sickness endangers millions of people in sub-Saharan Africa, where the tsetse fly lives.

According to the WHO, sleeping sickness was relatively under control by the 1960s, with cases falling below 5,000 a year across the continent. But with that success came complacency, and as efforts relaxed, HAT roared back.

By the turn of the last century, sleeping sickness cases began to increase, leading the WHO to declare a new war on the disease in 2001. Since then, increased surveillance and vector control has helped curtail HAT, with confirmed cases dropping below 1,000 a year for the first time in 2018.

In 2020, there were only 663 new cases reported, the lowest level since global tracking began 80 years ago.

With Benin, Uganda, and Rwanda now joining their neighbors, public health officials are hopeful for their main goal: eliminating the transmission of chronic sleeping sickness by 2030. 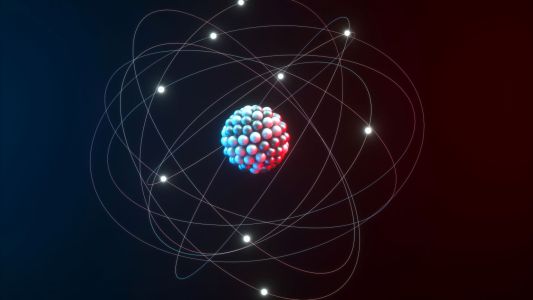 Protons and neutrons in an atom’s nucleus can be arranged in different configurations, creating nuclear isomers.

Physics
Nuclear isomers were discovered 100 years ago
Subscribe to Freethink for more great stories
Subscription Center
Challenges
Video
Freethink
Subscribe
We focus on solutions: the smartest people, the biggest ideas, and the most ground breaking technology shaping our future.
Subscribe