Although still experimental, epidural electrical stimulation (EES) has already been used to restore walking in patients with “motor complete spinal cord injury” (that is, an injury that allows some sensation but entirely prevents voluntary movement and sphincter function below the level of injury). Now researchers in Switzerland have used the technique to restore walking in nine individuals with chronic spinal cord injuries. Reporting in the journal Nature, they also identify the nerve cells responsible for the recovery, and the unexpected mechanism by which it occurs.

Take up thy mat and walk

As a general rule, voluntary muscle movement occurs when neurons from the brain carry commands downward into the spine, where they synapse with other neurons that control the muscles. Walking is orchestrated by motor neurons in the lumbar (lower) spinal cord. Spinal cord injury can damage the descending pathways that carry these commands, while leaving the lumbar neurons intact. Electrical stimulation bypasses the injury to reactivate these cells, but exactly how was not clear.

After five months of rehabilitation, they could walk outside using an assistive stabilizing device.

These participants had a neurostimulator surgically implanted onto the surface of the lumbar spine to activate the motor nerve roots as they exit the cord. After five months of rehabilitation, they could walk outside using an assistive stabilizing device, and those who had partial spinal cord function before stimulation could later walk without it.

The researchers used PET scanning to measure spinal cord metabolism before and after EES and found, unexpectedly, that stimulation decreased neuronal activity in the lumbar spine. This led them to hypothesize that EES activates a population of neurons that only becomes essential for walking after paralysis.

To investigate further, they turned to a mouse model of spinal cord injury and, using genetic methods combined with light sheet fluorescence microscopy, confirmed that EES reduces neuronal activity in the lumbar spine of the mice, as in humans.

They then used single-nucleus sequencing to create molecular profiles of more than 80,000 lumbar spine neurons in 24 mice, enabling them to characterize 36 subpopulations of cells. In this way, they identified a specific group of interneurons that are responsible for restoring walking after paralysis.

Interneurons are small “local” cells, which in the spinal cord relay signals between motor neurons and sensory neurons. This particular subpopulation is located within the intermediate layers of the spinal cord and synthesizes the excitatory neurotransmitter glutamate.

In mice with spinal cord injuries, temporarily silencing these interneurons suppressed walking that had previously been restored with EES; destroying the interneurons abolished walking altogether. However, inactivating these cells in healthy mice had no effect on walking, which means that these interneurons appear to be crucial for restoring walking after paralysis but are otherwise unnecessary for walking.

The authors point out that while these interneurons are necessary for restoring walking, they may not be sufficient for doing so. Other cell types in both the brain and spinal cord likely contribute to the recovery. Even so, the findings provide new insights into how EES reorganizes neurons in the lumbar spine — a significant advance in helping the paralyzed walk again. 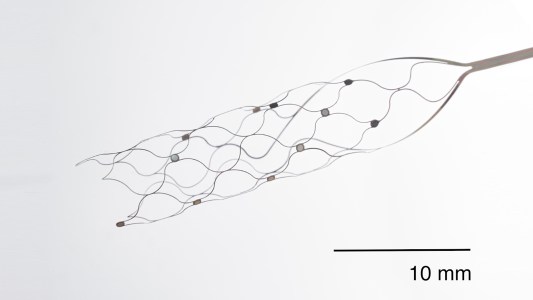