An Australian man with ALS has used a brain-computer interface (BCI) called the Stentrode to send text messages from his iPad — marking the first time anyone has used the unique implant to control an Apple device.

“What’s really exciting about this project … is that they’ve done something really innovative and connected it into something that’s standard,” Gillian Hayes, a professor of informatics at UC Irvine, who isn’t involved with the experiment, told media startup Semafor.

Amyotrophic lateral sclerosis (ALS) is a rare neurological disorder that kills the neurons that govern voluntary movement and muscle control.

Initial symptoms can include twitching or muscle stiffness, but as the disease progresses, a person can lose their ability to move, speak, or even breathe. There is still no way to stop this progression, and the average survival time after an ALS diagnosis is just 2 to 5 years.

Most people with ALS experience speech difficulties, and in the disease’s later stages, they may lose their ability to speak altogether. If their hands are also affected, they may need to rely on tech that tracks small movements, such as blinking or cheek twitches, to communicate.

In really severe cases, a person with ALS might not be able to move any muscles, even the ones that control blinking. They will be aware of the world around them, but unable to communicate their thoughts — with devastating impact on their mental health and quality of life.

As ALS progresses, a person can lose their ability to move, speak, or even breathe.

BCIs — devices that translate brain activity into commands for computers — are emerging as a way for people with ALS and other paralyzing conditions to communicate with the world.

“In spite of muscles that are paralyzed, the actions that those muscles are trying to convey can be routed out through signals in the brain,” explained Douglas Weber, a professor of mechanical engineering and neuroscience at Carnegie Mellon University.

“Our thoughts drive the actions of our muscles and in the absence of muscles that work, those messages can be conveyed through sensors that are placed in or around the brain to pick up those messages,” he continued.

For now, though, these devices are mostly confined to one-off experiments, stuck in labs and universities. If you or someone you loved wanted to get one, you couldn’t just buy it.

They also tend to require invasive surgery to implant the electrodes. This approach isn’t just risky — it puts a relatively short expiration date on the device. Scar tissue tends to develop around the implant, which weakens the signal over time until it becomes useless.

In 2021, New York-based tech company Synchron received FDA approval to launch a clinical trial of its in-development BCI, the Stentrode — positioning it as a frontrunner in the race to create a commercial BCI.

The Stentrode is a matchstick-sized implant, shaped like a mesh tube, and it’s designed to sit inside the blood vessel that runs down the center of the brain — rather than in the brain tissue itself.

“The blood vessels let you access all areas of the brain, superficial and deep,” Tom Oxley, Synchron’s co-founder and CEO, told Fierce Biotech in 2021.

To implant a Stentrode, surgeons make a small incision in a patient’s neck, insert the tech into the jugular vein, and then push it into place. The mesh then expands so that its 16 tiny electrodes press against the interior wall of the blood vessel.

A wire runs from the Stentrode down the body to the patient’s chest, where a small device called the “Synchron Switch” is implanted just under the skin. That device wirelessly transmits brain activity data to an external receiver.

The external receiver uses a machine learning algorithm to translate the brain data into commands that can be sent to a laptop or other device.

After promising animal studies, Synchron launched its first clinical trial of the Stentrode in Australia in 2019. The US trial just launched in 2022, and six people have now undergone the minimally invasive procedure to implant a Stentrode — and the results are incredible.

“[I]t gives you back the ability to be independent,” ​​Philip O’Keefe, an ALS patient participating in the Australian trial, told the Economist. “There is no doubt from my perspective being involved in this gave me a reason to live.”

On November 4, Semafor reported that Rodney Gorham, another Australian trial participant with ALS, had become the first person to use one of Synchron’s BCIs to send text messages from an Apple device, clicking letters on an iPad screen by thinking about tapping his foot.

Most in-development BCIs feature electrode arrays implanted into brain tissue via open-brain surgery — that procedure requires the skill of an expert neurosurgeon and a standard 3 to 7 day hospital stay for patients.

Patients can go home as soon as 48 hours after getting a Stentrode implanted, though, and Oxley told Semafor that the skills needed for the procedure — threading a wire through a vein — are “commonplace,” which could make it more accessible to more patients in more places.

Scar tissue can form around a traditional electrode array, too, affecting a BCI’s efficacy over time — a completely paralyzed ALS patient who could once spell sentences on a screen with his BCI was limited to answering yes or no questions three years after his implantation surgery.

Synchron believes it could have a commercial device approved as soon as 2024.

The placement of Synchron’s implant eliminates the problem of scar tissue impairing performance — some researchers believe the signal quality might actually improve over time as the device becomes more stable in its blood vessel.

It’s too soon to say whether that’s the case, but none of the participants in Synchron’s trials have experienced serious adverse effects from the devices so far. Four of them have had their implants for more than a year without problems.

If the US trial goes well, Synchron believes it could have a commercial device approved as soon as 2024 — finally bringing BCIs out of labs and into the homes of people with ALS and other paralysis-causing conditions. 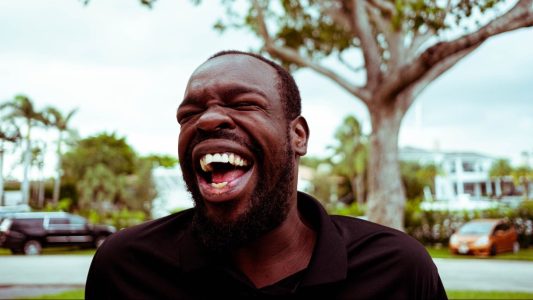 With ketamine showing potential as an antidepressant, researchers investigate another anesthetic: nitrous oxide, or “laughing gas.”