The tragic war with SARS-CoV-2 seems to be at a turning point.

An array of highly effective vaccines are now capable of practically eliminating severe COVID-19, including the three approved for thus far in the U.S. — Pfizer/BioNTech, Moderna, and Johnson & Johnson.

Having the weapon is only half the battle, however; a vaccine does nothing sitting in a freezer. Jabs must go into arms, or people will continue to die.

A vaccination campaign of the scale being undertaken now is unprecedented in modern times, as millions upon millions of shots will go into arms around the world every day. We’re in a race to stop the pandemic before the virus can generate an escape mutation.

But getting shots to people isn’t the only challenge; sometimes, the hardest part is getting people to shots.

Homebound seniors represent one of the groups at highest risk of severe illness or death, but they can also have a hard time getting to a vaccine clinic or the technological ability to book appointments.

In Corpus Christi, Texas, the fire department has hit on a solution: deliver the vaccines to their door. CCFD has been delivering Moderna vaccines to seniors that are part of the Meals on Wheels program since late January, the Corpus Christi Caller-Times reported.

Among those vaccinated was 95-year-old Alicia Perez. Her daughter Jo Ann Garza was having a difficult time getting Perez a vaccine appointment, when she got a call she didn’t recognize.

“I don’t normally answer the phone with numbers I don’t know, but I picked it up,” Garza told CNN. “The lady was like ‘We would like to register your mother and we will send a firefighter to her house to vaccinate her.'”

Corpus Christi Mayor Paulette M. Guajardo told CNN that the program was inspired by her parents, who are in their 80s.

“It’s about finding those populations that are harder to reach for many reasons,” Guajardo said. “I believe that every mayor in the state and country should take vaccinations directly to senior citizens and the homebound in their home.”

Corpus Christi, Texas, has hit on a solution: have firefighters deliver vaccines right to seniors’ doors.

After the city’s Meals on Wheels list was exhausted, a weekly hotline was opened where people can call to set up appointments for seniors and people with disabilities as the city broadens the program.

“More vaccination opportunities are coming and we thank our residents for their patience,” the mayor said in a city press release.

On the scheduled day, the firefighters will arrive and administer the vaccine, and schedule a return for the booster dose. “They are very nice and cordial,” Garza told CNN about the firefighters. “They sat with her the 15 minutes after to make sure there wasn’t any side effects.”

With antibodies now coursing through her body, Garza’s mother asked to go shopping and get her hair cut (same, Alicia, same).

“She’s a handful and has a very strong will and mindset,” Garza said. “She’s set to live till she’s 100. Now she can with the vaccine.” 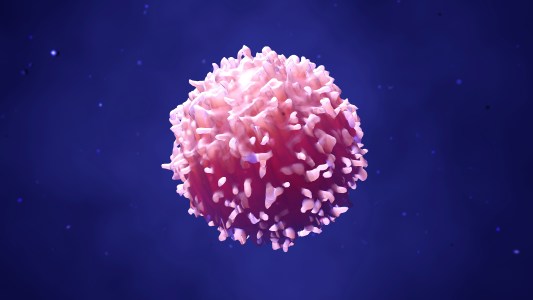 The FDA has approved a T cell test for COVID, a first-of-its-kind assay that looks to the immune system’s memory.

Coronavirus
New test can show if you’ve had COVID-19, even if antibodies fade
By B. David Zarley
Subscribe to Freethink for more great stories
Subscription Center
Sections
Video
Freethink
Subscribe
We focus on solutions: the smartest people, the biggest ideas, and the most ground breaking technology shaping our future.
Subscribe