For the first time, a machine that “reanimates” stopped hearts has helped pediatric patients get the organ transplants they need to stay alive.

The machine, colloquially referred to as the “heart in a box,” could dramatically increase the number of donor organs available to children — and potentially even infants.

The number of people in need of heart transplants exceeds the number of available organs — meaning most patients will spend time on a transplant waiting list.

For adults in the U.K., the average wait time is almost three years, but for children, it’s more than twice as long — doctors can’t transplant an adult’s heart into a small child, and there aren’t as many child-aged donors.

Ultimately, 40% of children waiting for a heart transplant will never find a suitable match.

“Every day a child waits there is a bigger likelihood that they may get too ill even for transplantation, or worse,” Jacob Simmonds, a consultant cardiologist and transplant physician at Great Ormond Street Hospital (GOSH), said in a news release.

“Although medical advances have come far,” he continued, “for some children with heart failure, an organ donation is truly their only hope”

In an effort to help more children with heart failure get the transplants they desperately need, GOSH teamed up with Royal Papworth Hospital (RPH) to prove it was possible to use the heart in a box with pediatric patients.

TransMedics’s Heart In a Box

For decades, all donor hearts came from people who had experienced brain-stem death — they no longer had any brain function, but machines were keeping their bodies alive, pumping air into their lungs and forcing their hearts to beat.

Doctors had no way of knowing the extent of this damage, so they simply didn’t use organs from people who’d experienced cardiac death.

No one else in the world is currently doing this.

That started to change in 2010, when medtech company TransMedics began trialing its heart in a box, technically known as the Organ Care System Heart (OCS Heart).

The machine brings stopped hearts temporarily back to life, pumping blood, nutrients, and oxygen through them for 12 hours. That’s enough time for doctors to tell if the heart is in good enough condition for transplantation, and doctors can even treat the heart with meds that could make it viable, if necessary.

The machine also buys extra time for transportation to the patient in need — when transported on ice, a donor heart is only viable for four to six hours after removal.

Hit on all Six

Adult patients in the U.S., U.K., and elsewhere have received hearts reanimated by TransMedics’ machine in clinical trials.

However, it had never been used for pediatric patients — until 2020, when GOSH and RPH transplanted hearts into six patients between the ages of 12 and 16, after first placing the organs in the heart in a box.

“We have taken our experience of performing heart transplants (donated after cardiac death) on adults during the past five years and collaborated with GOSH to introduce this program into clinical use within pediatric transplantation,” Marius Berman, Consultant Cardiothoracic Transplant Surgeon at RPH, said in the press release.

“No one else in the world is currently doing this,” he continued.

All six patients had positive outcomes and went home from the hospital an average of 13.5 days after their surgeries — that’s about 50% faster than average, according to the researchers.

“Five days after the transplant, Anna was walking up and down the corridors chatting away and high-fiving staff,” Andrew Hadley said of his daughter, who was the first of the six children to receive a new heart through the program. “It was incredible.”

Each patient in the study weighed at least 110 lbs — the heart in a box can’t support organs destined for patients smaller than that — so for now, the technique is limited to older children.

However, a version of the OCS Heart that could work with smaller organs is already in development — and it could potentially make more donor hearts available to the group that has the hardest time finding them: infants. 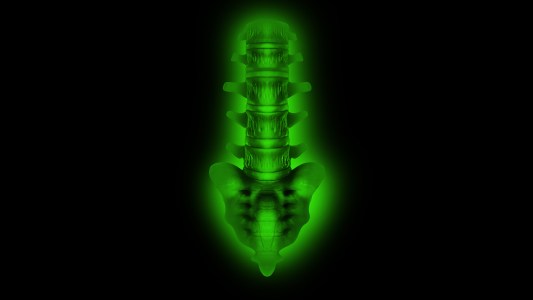 External radiation can damage bones and cause side effects. Radioactive bone cement directly into the spine may be a better option.