When HIV replicates, the virus’s RNA hijacks infected cells’ machinery to produce copies of itself, setting off alarm bells in the cell

“When the host cell recognizes HIV, it will stop dividing and just maintain survival,” Xiao Heng, associate professor of biochemistry at Mizzou, said.

The cells go into an emergency lockdown — shutting down the pathways inside them that the virus is using to replicate.

When a cell gets infected, it goes into emergency lockdown. But HIV replication continues. How?

“HIV learns from the host and uses the way cells react when they are stressed,” said Heng. By mimicking the cells’ stress response, the virus gains access to the shut down cellular pathways. Then HIV replication continues in earnest.

Breaking lockdown: Your cells are not defenseless against infection, even against HIV. In addition to the broader immune system, they have their own, self-contained security systems.

When the virus trips these alarms, the cell goes into shutdown, closing off its mRNA pathways that allow it to make proteins, in a bid to halt HIV replication.

But HIV is an exceptionally savvy saboteur, and turns to the oldest trick in the spy movie book: using a disguise.

According to the researchers’ new study, published in PNAS, instead of knocking out the nearest guard for a wardrobe change, HIV uses a protein that mimics a cell in distress.

This allows it access to emergency pathways to continue its mission of making more viruses.

“The virus needs to use the host’s own factory to replicate,” Heng said. “But cells recognize it as an intruder and shut down the factory. Then HIV has to find a way to produce its own necessary protein. So, HIV is able to disguise itself using a different ‘hat’ that allows it access to use the host emergency pathways. This permits it to make its own proteins, package itself and infect other cells.”

Throwing a wrench in HIV replication: HIV is, with the right medication, no longer a death sentence. But it is still deadly if left untreated — and exacts a lethal toll on the developing world especially. Almost 700,000 people died of AIDS-related causes in 2020, according to the U.N.

The researchers hope that, by identifying the disguise used to continue HIV replication, they can provide a new target in the process to attack, helping to prevent the virus’ spread in the body and preventing HIV infection from turning into AIDS.

“AIDS has been around for almost four decades, and early on we were always talking about new antiviral therapeutics – but we still have 38 million people living with AIDS,” Heng said. “If we’re able to identify and stop or medically disrupt this process, we might be able to regulate HIV going forward.”

Coronavirus
We may want to rethink how we deliver COVID-19 vaccines
An inhaled vaccine outperformed a nasal spray in an animal study, suggesting that the delivery method could deserve more attention.

Public Health
A vaccine against mosquito saliva may be the key to stopping their diseases
University of Leeds researchers have identified a compound in mosquito saliva as a potential target to protect against multiple viruses.

Coronavirus
New test tells you how many T cells for COVID-19 you have
A new blood test that measures a key indicator of COVID-19 immunity could help you assess your risk of a coronavirus infection. 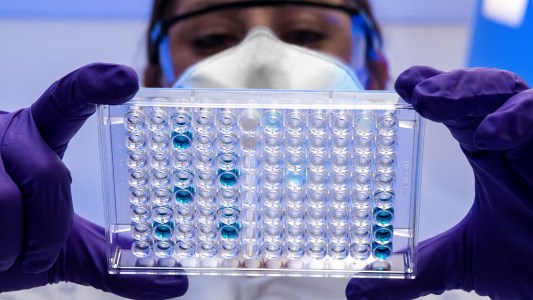 Using DNA or an mRNA vaccine, researchers are investigating the feasibility of essentially replacing missing genes that cause disease.