HIV-1 is one of the fastest-mutating viruses ever studied. Over a dozen distinct subtypes exist, with countless specific versions of the virus varying from person to person. The extraordinary diversity of HIV-1 and rapid mutation rate makes vaccine development a challenge that researchers have failed to overcome for over three decades. However, a new vaccination strategy for HIV-1 induced a diverse arsenal of protective antibodies in monkeys.

Most vaccines offer protection by inducing antibodies that recognize and bind to a functional region of the pathogen. For example, COVID vaccines result in antibodies that attach to the virus’ spike protein, which the virus uses to hook to the membrane of host cells. These antibodies effectively neutralize the virus, preventing it from attaching (and subsequently entering and infecting). But what happens when that spike protein changes? Those neutralizing antibodies (nAbs) are less protective and cannot bind as efficiently. In the case of COVIID, researchers are working to develop vaccines that induce antibodies to regions of the spike protein that rarely mutate. HIV-1 also has spike proteins that it uses to attach to host cells, but scientists are taking a different approach.

HIV-1’s diversity requires a vaccine capable of inducing not just nAbs in general but a broad arsenal of nAbs that can neutralize the multiple circulating strains. These broadly neutralizing antibodies (bnAbs) emerge in approximately 20-30% of HIV-1-infected people. Thus, the human immune system can produce bnAbs against HIV-1 under the right conditions. But those conditions are tricky.

The HIV-1 spike protein comprises six subunits: three that mediate the spikes’ attachment to target cells (called gp120) and three that fuse the virus and cell membranes (called gp41). This fusion process requires the spike protein to undergo profound conformational changes; consequently, the spike is an unstable entity. The natural instability of the spike makes it a challenging vaccine choice. However, it is the best candidate scientists have found.

Early HIV-1 vaccine programs focused on immunizing with the spike protein’s attachment subunit (that is, gp120). After all, if a virus can’t attach, it can’t infect. At first, these programs showed great promise. The vaccines protected chimpanzees from HIV-1 infection, and human studies demonstrated that the vaccines were safe and induced robust antibody responses. However, in the real world, the vaccines provided no protection. Outside the laboratory, patients were exposed to strains that evolved under immune pressure, and the vaccinated were just as likely to become infected as the unvaccinated.

It became clear that vaccines targeting the attachment subunit alone would be ineffective. Researchers hypothesized that an effective vaccine must contain a stable and complete spike protein. So groups raced to discover how to keep the attachment and fusion subunits firmly bound to one another. A group at Cornell University was the first to succeed. They discovered that cleaving a small segment at the end of the spike protein resulted in a highly stable molecule with the regular, propeller shape that is now seen as a defining characteristic of HIV-1 spike proteins.

These researchers didn’t pick just any spike protein to model theirs after. Instead, they chose a spike protein from an HIV-1 virus isolated from a 6-week-old Kenyan infantwho had become HIV-1 infected at birth. The infant had developed nAb by the time they were 3 years old. Additionally, that particular spike protein had the highly desirable property of binding all known bnAbs. Kevin Saunders and his colleagues at Duke University believed that this made it a perfect candidate for an HIV-1 vaccine.

A new paper in Science Translational Medicine reports that, over the course of about six months, the researchers vaccinated rhesus macaques six times with the stable spike protein. Crucially, they also an added an adjuvant — a special immune-stimulating molecule — called 3M-052, which also boosts the immune response to the influenza vaccine. The authors found that the monkeys developed bnAbs that could target several sites on the HIV viral envelope. Some vaccinated macaques had a high concentration of these antibodies, whereas others had a low concentration.

To determine if these antibodies protected the macaques from infection, the researchers repeatedly challenged the macaques with intrarectally administered doses of simian-human immunodeficiency virus (SHIV), which is similar to HIV. All nine control macaques that did not receive the vaccine became infected after eight challenges. Thirteen of 15 rhesus macaques were infected after 13 challenges in the low-nAb group, albeit at a slower rate than the control macaques. Only two of seven macaques in the high-nAb group became infected after 13 challenges, demonstrating significant protection compared to the unimmunized control group and the low-nAb group. Notably, the two infected macaques from the high-nAb group had the lowest concentration of HIV-specific antibodies two weeks before the challenge.

The researchers note that the antibodies mimic similar antibodies found in the child from whom the spike proteins were isolated, suggesting that humans also produce these antibodies in response to the stabilized spike protein. In addition, the researchers’ findings will be assessed in the HIV Vaccine Trials Network (HVTN) 300 trial, providing an opportunity to determine whether this protein can induce bnAb in humans. 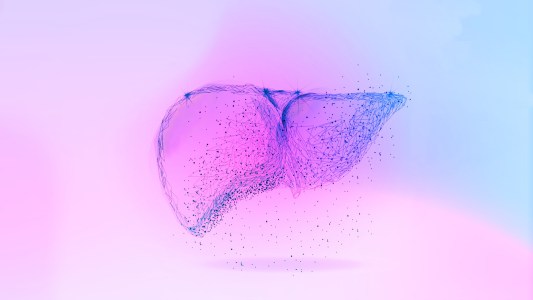 A new treatment that could turn a single donor liver into “mini livers” capable of saving 75 or more lives is heading into human trials.