A small study by researchers at University College London (UCL) may have discovered how to improve eyesight in a cost effective and easy way: through looking at deep red light.

Staring into the light for three minutes a day for at least two weeks can dramatically recover eyesight deficits, the study — published and peer reviewed in The Journal of Gerontology — found.

For an Aging World, an Urgent Question: How to Improve Eyesight

A gray wave is washing across the world.

The United Nations’ World Population Prospects predicts that 1 in 6 people will be over the age of 60 by 2050; even now, nations around the world are already trending older.

With the wave — white capped and inexorable — already breaking, science is racing to respond to the needs of an aging humanity, needs that differ from younger populations.

“As you age your visual system declines significantly, particularly once over 40,” Glen Jeffery of the UCL College of Ophthalmology — apparently a paragon of ocular excellence! — said in UCL’s release.

“Your retinal sensitivity and your colour vision are both gradually undermined, and with an ageing population, this is an increasingly important issue.”

Around age 40 the mitochondria of the cells begin to wind down, reducing their output of cellular energy.

Your retina — that’s the carpet of nerves along the back wall of your eyeball — contains cells called photoreceptors which detect light. These are energy hungry lil fellows — and because of this, the retina contains a high density of mitochondria. UCL says that’s the reason the cells here decline faster than in other organs. As the energy begins to ebb, so too does your vision.

The end result is a decline in sensitivity and color vision, Jeffery said. To figure out how to improve eyesight, the team turned their attention to the mitochondria.

Give ’em the Red Light

Mitochondria absorb some light wavelengths better than others, according to Jeffery. This absorption leads to an increase in energy production.

Wavelengths are just what they sound like: the distance between the peaks of waves, which light happens to be. The difference in wavelengths can be perceived — within a certain range — as colors visible to the human eye (insert obligatory mantis shrimp reference here).

“To try to stem or reverse this decline, we sought to reboot the retina’s ageing cells with short bursts of longwave light,” Jeffery said.

The team attempted to goose cellular energy production using deep red light, which had been shown to have beneficial effects in the photoreceptors of the freaky compound eyes of fruit flies and bumblebees, as well as mice.

The study recruited 24 subjects — split evenly between men and women, and ranging in age from 28 to 72 — with no diagnosed ocular diseases. After having the efficacy of their rods, which enable peripheral and low-light vision, and cones, which moderate color vision, measured, they were given  a small LED light.

Subjects looked into the deep red light, placing their eyes over the end of it for three minutes a day over the course of two weeks; they could even keep their eyes closed, since the eyelid does not stop red light.

Researchers found that while the deep red light did nothing in the younger end of the cohort, those over 40 showed significant improvements, especially when it came to color detection (the cones just loved that light, apparently). According to UCL, color contrast sensitivity improved by up to 20% in some individuals. The rod sensitivity — peripheral and low light vision — also improved but not as significantly.

“Our study shows that it is possible to significantly improve vision that has declined in aged individuals using simple brief exposures to light wavelengths that recharge the energy system that has declined in the retina cells, rather like re-charging a battery,” Jeffery said.

It’s important to note that the study was small, so it’s too early to declare deep red light the eyesight restoring silver bullet. Still, the results could show how to improve eyesight in an extremely cost effective way.

“The technology is simple and very safe, using a deep red light of a specific wavelength, that is absorbed by mitochondria in the retina that supply energy for cellular function.

“Our devices cost about £12 (US $14) to make, so the technology is highly accessible to members of the public.” 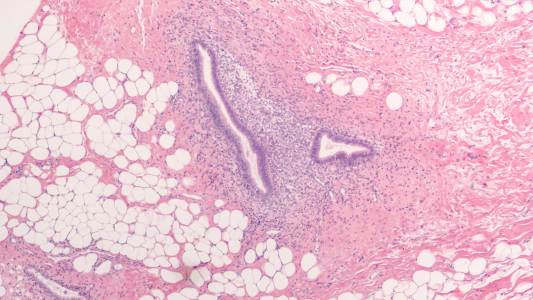