Currently, scientists are only allowed to study human embryos for up to two weeks after fertilization — an international ethical standard known as the “14-day rule.”

Now, European scientists say they have created an accurate model of a human embryo at days 18-21, offering researchers a peak into what’s currently considered a “black box” in embryonic development — without violating any ethical guidelines.

During the gastrulation stage, the embryo begins forming three layers of cells that will eventually develop into all the major systems, including the brain and nervous system. At this point in development, many birth defects and genetic diseases begin emerging, and scientists suspect that studying it could help us better understand, treat, or prevent such disorders.

Our model produces part of the blueprint of a human.

But ethical concerns about human experimentation have led international scientific bodies to forbid research on the developing human embryo during this stage.

To create a model of an embryo at this vital stage of development, researchers from the University of Cambridge and the Hubrecht Institute in the Netherlands started with embryonic stem cells.

After placing precise numbers of the stem cells into wells, the researchers treated them with chemicals. Those chemicals prompted the cells to spontaneously form into “gastruloids” — embryo-like 3D structures that lack the cells that would eventually form a brain.

According to the team’s study, which was published in the journal Nature, their gastruloids stopped developing after three days, but at that point, they already resembled an 18 to 21 day old human embryo, complete with the trio of cell layers characteristic of gastrulation.

“This is a hugely exciting new model system, which will allow us to reveal and probe the processes of early human embryonic development in the lab for the first time,” researcher Naomi Moris said in a news release.

In 2018, the team behind this study published research noting the similarities between mouse gastruloids and actual mouse embryos.

Gastruloids are easier to create in large numbers than real embryos, which must start with fertilizing an egg, so that discovery was a boon for embryonic development researchers.

But however similar mouse gastruloids are to mouse embryos, they are both still a far cry from humans’, so researchers moved on to constructing human versions.

These human gastruloids aren’t exactly a perfect model of a human embryo, either — as Rice University stem cell biologist Aryeh Warmflash, who wasn’t involved in the study, told Science Magazine, they appear to have different patterns of gene expression.

Still, researchers now have their best model yet of a human embryo at a previously inaccessible stage of development. And because these cells could never form into an actual human embryo or survive in a womb, they don’t violate ethical standards.

Now, the researchers plan to use their human embryo model to study standard embryonic development during gastrulation. They also plan to create gastruloids with specific mutations to study what happens when development goes awry.

“Our model produces part of the blueprint of a human,” researcher Alfonso Martinez-Arias told Reuters. “It’s exciting to witness the developmental processes that until now have been hidden from view — and from study.” 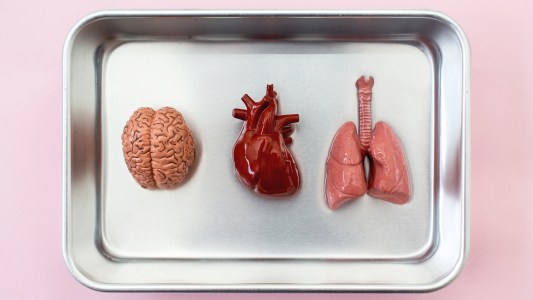 Researchers are turning to organoids — lab-grown clumps of cells that mimic human organs — in an effort to better understand the coronavirus.

Coronavirus
How organoids are helping scientists fight the coronavirus
By Kristin Houser
Subscribe to Freethink for more great stories
Subscription Center
Sections
Video
Freethink
Subscribe
We focus on solutions: the smartest people, the biggest ideas, and the most ground breaking technology shaping our future.
Subscribe