A new study led by biotech company Gero predicts the body can only recover from stressful events for a maximum of 150 years, putting a hard limit on the human lifespan.

But it’s not all bad news: researchers believe we may be able to break through that limit.

Why it matters: Researchers across the globe are on the hunt for the proverbial fountain of youth, some way to slow or even stop aging, which would give people the opportunity to live for decades or even centuries longer than the current average.

If this new study is right, none of these efforts will be able to extend the human lifespan past 150, no matter how effective their fecal transplants and blood transfusions might be.

“If you do not target the loss of resilience, any medical intervention will fail,” the researchers argue in the study.

Charting resilience: For the study, researchers analyzed blood samples from more than 500,000 people and daily step count data from about 4,500 others.

They were specifically looking at how long it took blood cell and daily step counts to return to normal levels after a person experienced some kind of stressor, such as an illness or injury.

They found that the average healthy 40-year-old could bounce back after 2 weeks, but 80-year-olds needed six weeks on average. Even the healthiest people experienced a loss of resilience as they aged.

Max human lifespan: Based on this trend, the researchers predict a complete loss of resilience between the ages of 120 and 150 — meaning, they suggest, that no one would be able to live longer.

If you do not target the loss of resilience, any medical intervention will fail.

“They are asking the question of ‘What’s the longest life that could be lived by a human complex system if everything else went really well, and it’s in a stressor-free environment?'” Heather Whitson, director of the Duke University Center for the Study of Aging and Human Development, who was not involved in the paper, explained to Scientific American.

The cold water: The study does have its limitations, the most notable being that humans have been around for millions of years, and the data is all drawn from people living right now.

If the researchers had studied past humans — who had a much shorter average lifespan — would they have found that they, too, had an aging limit of 150? Or is that just the limit for people today, who benefit from modern medicine, less dangerous work, and a steadier food supply?

The Gero researchers seem to think the fact that maximum human lifespan isn’t increasing at the same rate as the average lifespan indicates something inherent in our biology is at play.

“The predicted loss of resilience even in the healthiest, most successfully aging individuals, might explain why we do not see an evidential increase of the maximum lifespan, while the average lifespan was steadily growing during the past decades,” the company wrote in a press release.

Looking ahead: So far, all the researchers have done is identify something holding back efforts to increase the human lifespan — a seemingly inevitable loss of resilience — but identifying a problem is the first step to solving it.

That would be the Holy Grail of aging.

Gero now plans to study resilience in the hopes of finding ways to extend it, removing the limit on human longevity.

“What are the more nutritional and medical interventions and, eventually, what are the genetic makeup variables that may or may not influence resilience?” Gero co-founder Peter Fedichev told Inverse. “Because that would be the Holy Grail of aging.” 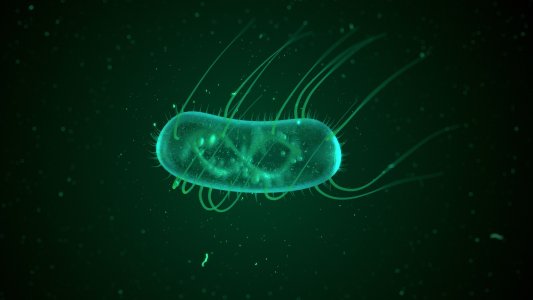 Scientists genetically modified E. coli to create a plastic called “aquaplastic,” which can be transformed into a three-dimensional shape just by adding water.