Karen Aiach on doing the impossible

Watch on YouTube
Up Next
Now Playing
The promise of gene therapy
7:45 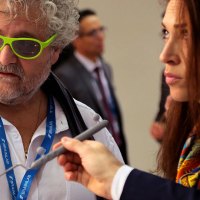 When Karen Aiach decided to quit her finance job in 2005 in order to find a cure for the rare genetic disease that was killing her daughter, people told her it was impossible. In a weird way, it was just what Karen needed to hear. Because it meant if she didn’t do it, no one else would.

She started with a search.

The first thing she learned is that her daughter’s disease–a rare metabolic disorder called Sanfilippo syndrome–had been discovered in 1963. Relief that the disease had been documented was followed by shock: Nearly a half century had elapsed, and the treatment options were practically non-existent.

Karen’s not a doctor, so she couldn’t create a treatment on her own. Instead, she set to work doing two tasks familiar to anyone who’s ever started a business. She used Ornella’s story to raise money for research, and she reached out to people who knew the disease backwards and forwards. Then she brought those two resources together and created the first ever gene therapy for the disease that was destroying her daughter’s body.

Eleven years later, Lysogene is preparing another round of clinical trials, Karen is hopeful that they’re on the right track, and Ornella is still alive. All because someone told Karen Aiach that what she wanted to do was impossible.