On the mountainsides of Nepal and Turkey, bees produce a strange and dangerous concoction: mad honey.

It’s a rare variety of the natural fluid. Compared to the several hundred other types of honey produced around the world, mad honey is redder and slightly more bitter tasting, and it comes from the world’s largest honey bee, Apis dorsata laboriosa.

But what really distinguishes mad honey are its physiological effects. In lower doses, mad honey causes dizziness, lightheadedness, and euphoria. Higher doses can cause hallucinations, vomiting, loss of consciousness, seizures, and, in rare cases, death.

Here’s one account of what it’s like to take a moderate dose of mad honey, provided by a VICE producer who traveled to Nepal to join mad honey hunters on a harvesting expedition:

“I ate two teaspoons, the amount recommended by the honey hunters, and after about 15 minutes, I started to feel a high similar to weed,” wrote David Caprara for VICE.

“I felt like my body was cooling down, starting from the back of my head and down through my torso. A deep, icy hot feeling settled in my stomach and lasted for several hours. The honey was delicious, and though a few of the hunters passed out from eating a bit too much, no one suffered from the projectile vomiting or explosive diarrhea I’d been warned about.”

Here’s another account from Will Brendza at The Rooster:

“Within 40ish minutes I could feel the honey creeping up on me. The back of my head started to tingle, like I was getting a scalp massage. Then, from within, I felt a warmth around my heart, in my chest and abdomen. Things slowed down a little, and my state of mind became tranquil. By the time we left the restaurant I was feeling good and strange.”

“There are no visuals, though. The high is very much a bodily one and a mental one; a warm and relaxed sensation more like a sedative than your conventional psychedelic.”

What is mad honey?

The psychoactive effects of mad honey stem not from bees but from what bees feed on in certain regions: a genus of flowering plants called rhododendrons. All species of these plants contain a group of neurotoxic compounds called grayanotoxins. When bees feed on the nectar and pollen of certain types of rhododendrons, the insects ingest grayanotoxins, which eventually make their way into the bees’ honey, effectively making it “mad.”

Bees are more likely to produce mad honey when and where rhododendrons are dominating. The reason has to do with scarcity: With fewer types of plants to feed on, the insects feed almost solely on rhododendrons, so they consume more grayanotoxins. The result is especially pure mad honey.

But accessing honeycombs that contain mad honey can be difficult. One reason is that rhododendrons grow best in higher altitudes, and bees often build their hives on cliffs near the plants, meaning harvesters have to climb mountainsides to harvest the honey.

However, harvesters bold enough to go for the honeycombs stand to profit. The Guardian reported that a kilogram of high-quality mad honey can sell for about $360 in shops around Turkey, while National Geographic noted that a pound of mad honey goes for about $60 on Asian black markets. In general, the value of mad honey is much higher than regular honey.

That’s partly because many people believe mad honey has more medical value than regular honey. In the Black Sea region and beyond, people use it to treat conditions like hypertension, diabetes, arthritis, and sore throat, though the research on the medical benefits of hallucinogenic honey from Nepal and Turkey is unclear.

In northeastern Asia, some buyers believe mad honey treats erectile dysfunction, which might explain why the majority of cases of mad honey poisonings involve middle-aged men, as noted in a 2018 report published in the journal RSC Advances.

How does mad honey affect the body?

Although the medicinal benefits of mad honey aren’t clear, what’s certain is that humans can be poisoned by consuming too much grayanotoxin-rich honey, which can cause dangerous decreases to blood pressure and heart rate.

“Grayanotoxins exert their toxicity by binding to sodium ion channels on cell membranes and preventing them from closing quickly, like aconitine. The result is a state of depolarization in which sodium ions are freely flowing into the cells, and calcium influx is on the rise.”

This process can lead to a series of symptoms involving increased sweating, salivation, and nausea, Brower said, noting that symptoms typically disappear within 24 hours, as they did for a man in Seattle who suffered mad honey poisoning in 2011. While the exact amount of mad honey it takes to become poisoned depends on the individual and the quality of the honey, the 2018 RSC Advances report noted:

“Consumption of about 15-30 g mad honey leads to intoxication, and symptoms appear after half to 4 [hours]. The level of intoxication not only depends on the amount of mad honey consumed but also on the grayanotoxin concentration in the honey and the season of production. According to Ozhan et al., consumption of one teaspoon of mad honey may lead to poisoning.”

Although Turkey records about a dozen cases of mad honey poisonings per year, a 2012 study published in Cardiovascular Toxicology noted that it’s rare for people to die from the substance, though cases of animal deaths have been reported.

The strange effects of mad honey have captivated people near the Black Sea for millennia. One of the oldest accounts comes from 401 BCE, when Greek soldiers were marching through the Turkish town of Trabzon and came across a bounty of mad honey. The Athenian military leader and philosopher Xenophon wrote in his book Anabasis:

“The number of bee-hives was extraordinary, and all the soldiers that ate of the combs, lost their senses, vomited, and were affected with purging, and none of them were able to stand upright; such as had eaten only a little were like men greatly intoxicated, and such as had eaten much were like mad-men, and some like persons at the point of death.”

“They lay upon the ground, in consequence, in great numbers, as if there had been a defeat; and there was general dejection. The next day no one of them was found dead; and they recovered their senses about the same hour that they had lost them on the preceding day; and on the third and fourth days they got up as if after having taken physic.”

Centuries later, in 67 BCE, Roman soldiers weren’t so lucky. As the soldiers pursued King Mithridates of Pontus and his Persian army, they stumbled across mad honey that the Persians had intentionally left behind, intending to use the substance as a bioweapon. Vaughn Bryant, a professor of anthropology at Texas A&M University, explained in a press release:

“The Persians gathered pots full of local honey and left them for the Roman troops to find. They ate the honey, became disoriented and couldn’t fight. The Persian army returned and killed over 1,000 Roman troops with few losses of their own.”

But mad honey was more often used for nonviolent purposes. People in the Black Sea region have long consumed small amounts of the substance (about a teaspoon’s worth), in boiling milk or on its own, both for pleasure and as a folk medicine.

In the 18th century, merchants in the Black Sea region sold honey to the Europeans, who infused liquor with a bit of the substance to enjoy its milder effects.

Today, beekeepers in Nepal and Turkey still harvest mad honey, though it represents a small fraction of the nations’ total honey production. Both countries allow the production, sale, and exportation of mad honey, but the substance is illegal in other nations, like South Korea, which banned the substance in 2005.

While interested buyers in the U.S. can purchase mad honey from countries like Nepal and Turkey, it might be worth sticking with the regular stuff. After all, the handful of experiences posted on the website of the non-profit psychedelic research organization Erowid.org don’t sound too enticing.

One user said they “wouldn’t even recommend trying it.” Another user suffered mad honey poisoning after taking too much, writing that the “symptoms can seem life threatening” and that they hope their report might help “some poor bastard out there not make the same mistake.”

Agriculture
Weed’s “superpower” could help feed the planet
A Yale study focused on how photosynthesis works in the common weed purslane puts us closer to engineering crops resistant to climate change.
Up Next 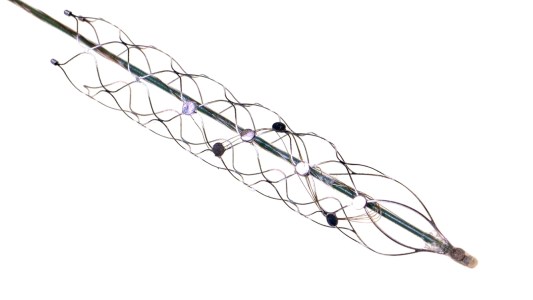 It’s the first time the FDA has approved clinical trials for a brain-computer interface.