A century ago, the Amoskeag Millyard pumped out hundreds of miles of fabric a day. A decade from now, it could be mass-producing a very different kind of product: human organs.

Dean Kamen, the inventor of the Segway, is currently spearheading a project to convert part of the old New Hampshire textile plant into a factory for lab-grown lungs, livers, and other organs for transplantation — and he doesn’t think it’ll take long to do it.

Today, more than 110,000 people in the U.S. are in need of an organ transplant, and every day, 20 of those people die waiting — the supply of donor organs simply can’t meet the demand.

In the 1990s, the field of tissue engineering emerged, giving many of those people new hope: instead of waiting for someone to donate an organ, a scientist might be able to grow one for them in the lab.

In 10 years, it’ll be as common as a lot of standard procedures to have an organ replaced.

As a bonus, most plans to create these lab-grown human organs start with the future recipient’s own stem cells, meaning the organ would be less likely to be rejected than one from a donor.

Since then, researchers have made remarkable strides in tissue engineering.

In 2018, a group managed to grow lungs from pig stem cells and then successfully transplant them into the animals. The following year, another research team 3D printed a miniature human heart using a patient’s own cells.

All of this progress points toward a future in which scientists will be able to produce human organs on-demand — and Kamen wants to be the person to scale-up that production.

In 2016, after securing a $80 million grant from the U.S. Department of Defense, Kamen created the Advanced Regenerative Manufacturing Institute (ARMI).

The nonprofit is like a club for tissue engineering and regenerative medicine researchers. Groups must have something to offer in order to join (money, equipment, experience), but once a part of ARMI, they gain access to the other members’ research and resources.

Currently, ARMI has 170 members, including MIT and UCLA, and teams from various organizations work out of the old New Hampshire factory buildings that Kamen purchased.

So far, the project that’s progressed the furthest is one focused on bioengineering a knee ligament (the ACL, which has cost many an athlete their career) — ARMI researchers are already prototyping an assembly line-style platform for that one.

Five other lines for various types of cells, muscles, and bones are in the works, ARMI’s Chief Technology Officer Tom Bollenbach told OneZero. ARMI is also working with the Texas Heart Institute to create a line for what it hopes will be its first whole organ: a child’s heart.

Though the FDA has yet to approve any lab-grown human organs for transplantation, Kamen is optimistic that the era of people dying while waiting for a transplant may soon be over.

“Within 10 years it will be as common as a lot of standard medical procedures to have a defective organ or piece of an organ replaced,” he told OneZero. 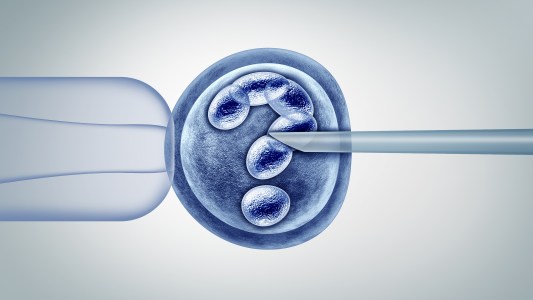