The brain is still largely a black box — but these $100,000 helmets have the potential to let you see the inside of your head like never before.

Their maker, the startup Kernel, has spent five years developing mind-reading helmets that work as well as the massive, million-dollar machines you’ll find at medical clinics and research centers, but at a fraction of the cost and size — and with a few added benefits.

It’s now ready to begin delivering the devices to its first customers — tools it hopes will unlock breakthrough treatments for neurological diseases, mental health disorders, and even aging itself.

The challenge: We already have machines that can clue us into specific aspects of the brain — MRIs let us see brain tissue, MRAs reveal blood flow, etc.

However, those machines are typically big, expensive, and require expertise to run. They usually require patients to be immobile during testing, too, which limits their use.

Brain implants overcome the mobility issue, but those typically provide data on just one part of the brain and not the brain as a whole. They also require surgery, putting patients at risk of infection, and they degrade over time.

The mind-reading helmets: Kernel’s goal has been to shrink both the size and cost of brain-reading devices, and it’s now ready to start putting its first two products — Flow and Flux — into researchers’ hands.

Kernel Flux, meanwhile, is a helmet that measures electromagnetic activity. The tech supporting it — MEG (magnetoencephalography) — has been used in studies of Parkinson’s disease, psychedelic drugs, and epilepsy, among other topics.

Why it matters: While neither of these helmets records anything that couldn’t be measured before, Kernel is making them available at a starting cost of just $100,000, and they’re as easy to use as an EEG headset.

The devices can record brain activity while a person is talking or moving, too, just like implants, but they aren’t limited to a single part of the brain — they can record activity across the entire organ.

“What is revolutionary here is not the fact that you can do it, but how quickly and inexpensively it can be done — and with so few constraints,” Christof Koch, the chief scientist at the Allen Institute for Brain Science, told Bloomberg in 2020.

“It lets people do experiments vastly easier,” he continued, “and gets you much more direct access to the brain.”

The helmets will reveal what happens in the brain as people trip on psychedelic drugs.

First customers: Kernel will begin shipping Flow helmets to dozens of early access customers — including Harvard Medical School, the University of Texas, and the Institute for Advanced Consciousness Studies — within the month.

As for what researchers plan to do with the mind-reading helmets, Boston University scientists will use their devices to study the brains of people with neurological disorders, such as Parkinson’s disease.

They also plan to strap the helmets onto the heads of stroke survivors and watch their brain activity as they relearn how to walk and talk. Previously, this type of activity was only recorded before and after months of therapy — not during the process.

Canadian startup Cybin, meanwhile, has sponsored a study that will use Flow helmets to see what happens in the brain as people trip on psychedelic drugs. It hopes to then use what it learns to develop psychedelic-based mental health treatments.

Kernel hopes to be selling the mind-reading helmets at about the price of a smartphone by 2030.

The chosen ones: Kernel’s first customers had to apply to receive one of just 50 prototypes of the Flow helmet, and they could either pay a $50,000 deposit or lease the device for 36 months at a cost of $3,500 per month.

At the end of 2021, all of the prototype helmets will be replaced by production models. Anyone who made a deposit will need to pay an additional $50,000 at that time if they want the final product.

Kernel’s website doesn’t mention pricing for the Flux helmet, but in a March blog post, CEO Bryan Johnson wrote that deliveries would begin in the summer of 2021.

“Fitbit for your brain”? Kernel’s immediate effect may be to dramatically increase researchers’ access to brain data, but that’s not its ultimate goal.

Johnson told Bloomberg the startup hopes to be selling the mind-reading helmets at about the price of a smartphone by 2030. At that point, the average consumer could use the devices to monitor their mental health the same way people use Fitbits and other wearables to track their physical health today.

“Mainframes became PCs and then smartphones. The $1 billion genome became the $1,000 genome,” Johnson wrote in 2020. “The brain and mind are next.”

Entrepreneurs
The 5-hour rule: How to turn a wasted day into a successful one
The 5-hour rule asks us to devote at least one hour a day to learning, experimenting, and reflecting. Here’s how to make it work for you.
Up Next 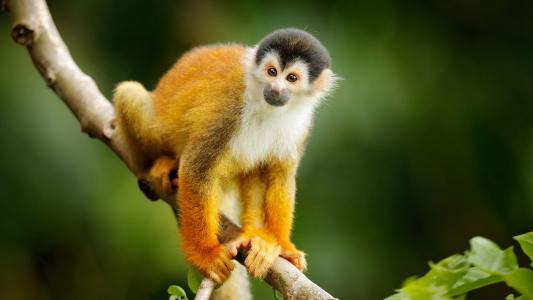 NYU researchers have modified monkey’s immune system to slow their equivalent of Alzheimer’s disease and improve their cognition.