If you needed a particularly cute reason to be optimistic about COVID-19, the camelids have you covered. Camels, alpacas, llamas — even the lesser-known-but-even-cuter vicuñas — all produce nanobodies, tiny antibodies that are incredibly good at mucking up viruses.

Early in the pandemic, llamas captured all the headlines, gracing everything from Smithsonian to WIRED. Building on the llama antibodies, a team at Oxford created two new SARS-CoV-2 neutralizing nanobodies.

Now, a research team at Sweden’s Karolinska Institutet has found another potentially COVID-fighting nanobody in the alpaca.

“Nanobodies are smaller, more stable types of antibody taken from the immune systems of camelid species — such as llamas, alpacas and camels,” University of Reading professor Gary Stephens said in a university press release about llama nanobodies.

Despite their size, nanobodies maintain their pit bull mentality when it comes to pathogens, the Karolinska team wrote in Nature Communications, while being “far easier to clone, express, and manipulate” than typical antibodies. They grow eagerly and are fairly hardy, making them cost effective to manufacture at scale.

Nanobodies can also be “humanized” using techniques already known, and they have proven effective against other respiratory infections in the past.

So what’s the new wooly word, then? Scientists at Sweden’s Karolinska Institutet have identified another nanobody with the potential to stop SARS-CoV-2 from infecting human cells — but this time, it’s the alpaca’s chance to shine.

The research began in February, The Independent reports. An alpaca named Tyson was injected with SARS-CoV-2’s infamous spike protein, and by June, Karolinska researchers had isolated nanobodies from Tyson’s blood.

Dubbed Ty1, the alpaca nanobodies directly prevent the coronavirus from attaching to its binding site on the human cell — from whence it would usually cleave the cell open and begin its replication cycle. Ty1 gloms on to the part of the spike protein that attaches to ACE2, the virus’s favorite target on our cells. It does so without impacting other target sites, the researchers note.

The hope is that the Andean champion’s nanobodies will prove one more new seed for coronavirus antiviral medications. 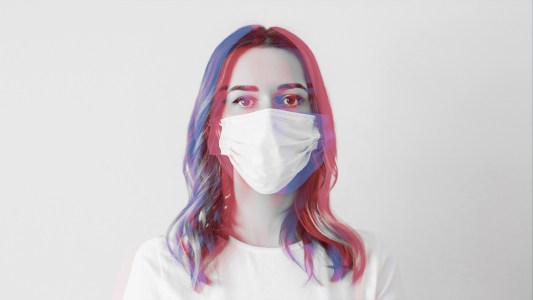 Researchers have reported four cases of COVID-19 reinfection, with patients recovering from the coronavirus and later testing positive for another strain.

Coronavirus
What we know about COVID-19 reinfection so far
By Kristin Houser
Subscribe to Freethink for more great stories
Subscription Center
Sections
Video
Freethink
Subscribe
We focus on solutions: the smartest people, the biggest ideas, and the most ground breaking technology shaping our future.
Subscribe