Pharma giant Eli Lilly and the Canadian biotech AbCellera have received emergency authorization for a new monoclonal antibody treatment for COVID-19 — which appears to be effective against the Omicron variant.

The news comes less than a month after regulators pulled authorizations for two monoclonal antibody therapies produced by Lilly and Regeneron, which had lost effectiveness against the heavily mutated Omicron variant.

The new antibody drug, called bebtelovimab, was in the works when Omicron burst onto the scene last November.

“Early in 2021, prior to the identification of the Omicron variant, Lilly scientists were already working to develop bebtelovimab as a broadly neutralizing antibody that could be used to fight a highly mutated variant, should one emerge,” Daniel Skovronsky, Lilly’s chief scientific and medical officer, said.

Clinical trials show the forward-thinking approach has paid off.

Attack of the (antibody) clones: There’s a myriad of weapons comprising your immune system, from the awesomely-named “hunter-killer” cells to “memory” keeping T cells to antibodies themselves.

Antibodies are Y-shaped proteins created by the immune system to glom onto specific pieces of a pathogen. Once they’re stuck, antibodies can cripple or kill the pathogen, or flag down other immune cells to attack them.

Monoclonal antibodies are lab-made versions of an antibody, often tweaked to be more effective or longer-lasting. They can be infused after someone is already sick to provide rapid reinforcements to the immune system.

The new monoclonal antibody is effective against both lineages of Omicron.

But if a virus can mutate in a way that makes the antibodies less effective — known as an escape mutation — it can render them useless.

This is what happened to Lilly’s previous antibody treatment, as well as Regeneron’s. Since they were no longer effective, the FDA yanked their authorization in January, taking them off the table.

Designed for mutation: Because of the way it was designed, the new monoclonal antibody has been able to maintain its potency against Omicron and its sub variants, STAT repored.

The key was designing a monoclonal antibody with a target that would be unlikely to mutate, giving it a better chance at covering more potential mutations — including ones that haven’t evolved yet. Think of it like playing a zone defense, rather than man-to-man.

Lilly and AbCellera began work on the monoclonal antibody in early 2021, before major variants began upending our defenses against the virus. But they wanted to get ahead of evolution, so the antibody was designed to attack a specific site on SARS-2’s spike protein that the researchers felt was unlikely to mutate, New Atlas’ Rich Haridy reported.

“This resulted in the discovery of bebtelovimab, which neutralizes all known variants of concern, and is the most potent antibody in development against the Omicron variant, including [subtype] BA.2.”

Bebtelovimab is given intravenously in an injection lasting at least 30 seconds; the drug has a much smaller dose and a shorter duration of admission than previous therapies, FiercePharma reported.

Right now, the FDA’s emergency use authorization covers patients with moderate-to-mild COVID-19 symptoms 12 and older who are at high risk of hospitalization and for whom other approved options for treatment are not available or appropriate. 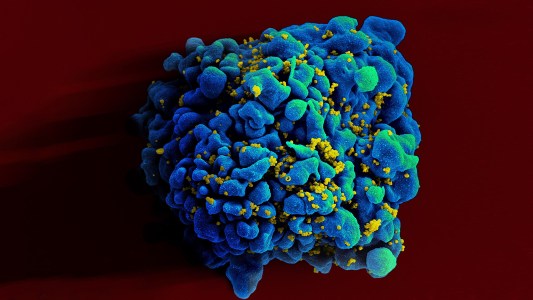 A woman has been cured of HIV through a transplant of umbilical cord blood, which is easier to match to patients than bone marrow.