Two new studies suggest that viruses may play a key role in causing Alzheimer’s disease, triggering an immune overreaction in the brain that gradually leads to dementia and death. Old viruses tend to migrate to the brain as we age, and new research suggests that sometimes the brain’s immune system freaks out, triggering a flood of “plaques” that trap, kill, or slow down the virus. But these plaques are also toxic to human brain cells, and too much can build up and destroy brain function.

This theory might clear up a lot of conflicting research about how Alzheimer’s works, and perhaps explain the persistent failure of Alzheimer’s drug development. Rather than merely trying to remove the plaques or stop their production, researchers are now hoping that antiviral treatments could stop the underlying infection in the early stages of the disease.

The idea that viruses cause Alzheimer’s has long been dismissed as a fringe theory, and scientists only stumbled on the viral connection by accident. “Viruses were the last thing we were looking for,” Dr. Joel Dudley of the Icahn School of Medicine told NPR. Instead, they were looking for genes that were different in the brains of Alzheimer’s patients, hoping to find targets for new drugs.

Surprisingly, the biggest discoveries weren’t in genes for brain function but in ones that help the immune system defend against viruses. Dudley’s team took the hint and started searching for viral infections in the brains of Alzheimer’s patients. They found levels of two types of herpesvirus that were twice as high in Alzheimer’s patients as in healthy brains. Almost everyone carries these viruses (HHV-6 and HHV-7), which cause a minor childhood rash called roseola, but in Alzheimer’s patients, they have migrated to the brain and “woken up” after decades of dormancy.

Independently, a team at Harvard was planning a controlled experiment with another common herpesvirus, HSV-1, which causes cold sores. Tipped off by the Icahn team, they added HHV-6 to the trial. They found that mouse brains infected with these viruses produced a flood of amyloid-beta protein, as did “mini-brains” grown from human cells in a petri dish. This protein is what accumulates into the plaques clogging the brains of Alzheimer’s patients, which most scientists believe are responsible for the disease.

Scientists used to think that amyloid-beta was just a waste product, but these researchers had previously found evidence that amyloid-beta is actually part of the brain’s ancient immune system. And, in both the mice and the mini-brains, higher amyloid-beta levels helped fight off the infection by forming a sticky “nano-net” that trapped or killed the viruses.

But for some reason (probably related to both genetics and lifestyle), this defense goes haywire in Alzheimer’s patients, flooding the brain with too much protein and forming the plaques that cause dementia. As one of the authors summed it up to Gizmodo, “The seeding of amyloid is what causes the deposition of plaque—and herpesviruses and other microbes can rapidly seed amyloid-beta.”

The pipeline for new Alzheimer’s drugs is slowly running dry, with fewer promising drugs in development each year. Several drugs have been found that can break up plaques and reduce levels of amyloid-beta in the brain, but for the most part, this hasn’t translated into better cognitive performance or longer life. One recent drug trial seems to buck this trend, but the results are confusing—improvements in memory and cognition only happened at extremely high doses, and smaller reductions in amyloid actually seemed to accelerate patients’ decline.

But the immune overreaction theory could tie together various strands of Alzheimer’s research, including genetics, lifestyle, and the wildcard of infection. It could explain why it’s so hard to predict who will develop Alzheimer’s, and it might explain why reducing protein levels either doesn’t stop the disease or has inconsistent results. If the underlying infection is still running rampant in the brain, reducing amyloid-beta could make matters worse, or it could just make things seem better in the short-run, the way that eliminating a fever can make you feel better while making the infection worse.

One of the lingering questions about this theory is what causes old viruses to suddenly go nuts when people start to enter old age. But whatever the reason, it might not matter too much when it comes to treatment, and researchers are hopeful that this theory will open up a whole new class of drugs and preventative therapies. Trials are being planned to test antiviral drugs on early-stage Alzheimer’s patients to try to cool down infections that might be driving inflammation and plaque formation, and other possible treatments include vaccines or drugs that could moderate the brain’s immune response to infection. 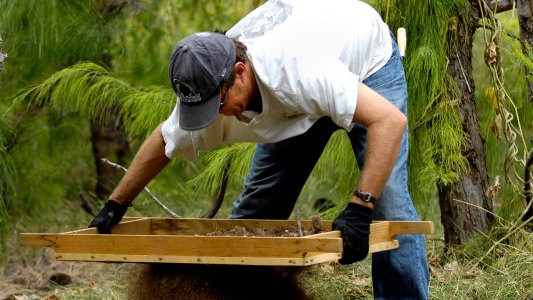 Virology
We found the oldest human virus: It's familiar (but weird)
Subscribe to Freethink for more great stories
Subscription Center
Sections
Video
Freethink
Subscribe
We focus on solutions: the smartest people, the biggest ideas, and the most ground breaking technology shaping our future.
Subscribe