A Canadian psychologist has developed a treatment for post-traumatic stress disorder (PTSD) that works by “editing” a person’s memory of a traumatic event so that it packs less of an emotional punch.

Alain Brunet, a professor of psychiatry at McGill University, calls his treatment “reconsolidation therapy,” and its potential impact is hard to overstate as, unfortunately, the majority of us will experience some sort of traumatic event in our lifetimes. These events can cause us to feel fear, helplessness, or physical pain, and they can happen anywhere, from the battlefield during war to right in our own homes.

Thankfully, for most people, the end of the trauma itself signals the beginning of the healing process — within three months, most report feeling normal again, most of the time. But others develop PTSD, a mental health condition marked by the inability to return to that state of normalcy.

For those people, the aftermath of the traumatic event can be nearly as awful as the event itself. They might suffer from vivid flashbacks, nightmares, or panic attacks for months or years. These feelings can get so overwhelming some even contemplate — or attempt — suicide.

Currently, treatment for PTSD typically centers on medication (usually an antidepressant), some kind of psychotherapy (otherwise known as “talk” therapy), or a combination of both.

Brunet’s reconsolidation therapy falls into the “both” category, but the medication involved is propranolol, which is a beta blocker — a type of drug that lowers blood pressure — and not an antidepressant.

The patient takes the propranolol about an hour before their therapy session. Then, during the session, they read aloud a highly detailed script they’d written themselves about their traumatic event.

After four to six sessions, most of the patients enrolled in Brunet’s clinical trials report a decrease in their PTSD symptoms.

70% of trial patients no longer meet the criteria for PTSD after the treatment.

So, how is a drug designed to affect the circulatory system helping free people from their traumatic pasts?

It all boils down to how our brains create and store memories. As Brunet explained in an interview with BBC News, the brain stores the factual elements of a memory in a region called the hippocampus and the emotions linked to the memory in the amygdala.

“Imagine that you are shooting a movie in the old-fashioned way so you have the image and the sound and they are on two separate channels,” he told the BBC.

Every time we recall a memory, we access those two channels and have the chance to update the memory, sort of like saving over an older version of a computer file with a newer one.

That process is known as “reconsolidation,” and it appears that propranolol interrupts the brain’s ability to re-save the emotional aspect of a memory.

So, the person using Brunet’s therapy to treat PTSD takes propranolol and recalls the memory by reading their script aloud. The brain then stores a new, less emotionally charged version of the memory, and the next time the person recalls it, the memory packs less of an emotional punch.

Brunet has conducted multiple clinical trials of his reconsolidation therapy, and he reports that about 70% of patients no longer meet the criteria for PTSD after the treatment.

The people treated by Brunet’s therapy include witnesses of terrorist attacks, victims of childhood sexual assault, and even people who developed PTSD following a romantic betrayal, such as infidelity.

While the idea of moving past a failed relationship by altering one’s memories might call to mind the experimental therapy in the film Eternal Sunshine of the Spotless Mind, Brunet is quick to point out that his treatment doesn’t erase memories.

“At the end, the memory is still there, but you’ve taken a traumatic memory and you’ve turned it into an ordinary bad memory,” Brunet said in an interview with Montreal-based radio station CJAD 800. “Then you’re able to function normally.”

If you or someone you know is thinking about suicide, you can contact the National Suicide Prevention Lifeline online or by calling 1-800-273-TALK (8255). 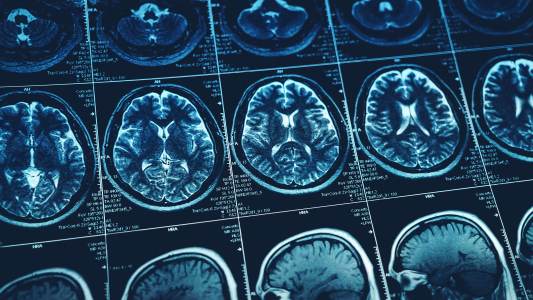 New research sheds hope for sufferers of traumatic brain injury, Alzheimer’s, and for all of us, old age.

Memory
Scientists are developing brain implants that improve memory
By B. David Zarley
Subscribe to Freethink for more great stories
Subscription Center
Sections
Video
Freethink
Subscribe
We focus on solutions: the smartest people, the biggest ideas, and the most ground breaking technology shaping our future.
Subscribe