Maryland-based company Novavax had been trying — and failing — to bring a vaccine to market for more than 30 years when the pandemic hit.

It had developed shots for Ebola, SARS, and MERS, none of which made it past initial trials. Its most promising candidate (a vaccine to protect infants against the respiratory virus RSV) failed in human trials. Twice.

Novavax was undeniably a dark horse when the race to develop a COVID-19 vaccine started, but it’s now poised to be one of the first to cross the finish line — thanks to a promising shot, developed using insect cells and tree bark.

When the immune system first encounters a disease-causing pathogen, like the coronavirus, it creates proteins called antibodies. If the pathogen infects the body again, those antibodies can quickly identify it, disable it, and trigger the immune system to attack.

The purpose of a vaccine is to get the immune system to produce antibodies to a pathogen before it infects the body the first time, and there are several ways to do this.

Moderna and Pfizer both developed mRNA vaccines for COVID-19 — those deliver genetic instructions, wrapped in little balls of fat, that prompt cells to produce a piece of the coronavirus (called the spike protein), thus triggering the immune response.

AstraZeneca and Johnson and Johnson, meanwhile, created an adenovirus vaccine for COVID-19, which uses the shell of a harmless virus as a delivery vehicle for those genetic instructions.

Novavax’s COVID-19 vaccine (named NVX-CoV2373) is a protein-based vaccine. Rather than using genetic code or inactivated whole viruses to trigger antibody production, it uses parts of the spike protein manufactured in a lab.

To create its vaccine, Novavax modified a virus that infects insects to instead deliver the gene that makes the coronavirus’s spike protein.

The virus was then used to infect insect cells. The insect cells manufacture the coronavirus spike protein, which is then harvested and purified for use in Novavax’s COVID-19 vaccine.

Novavax’s COVID-19 vaccine could be easier to distribute than Moderna and Pfizer’s.

On their own, the lab-grown spike proteins don’t prompt much of an immune response — your immune system is on the lookout for actual viruses, not random proteins — so Novavax paired them with an efficacy-boosting vaccine ingredient known as an adjuvant.

Adjuvants are commonly used in vaccines, and this particular adjuvant comes from a compound extracted from the bark of a tree native to Chile.

Novavax’s COVID-19 vaccine requires only a small amount of the manufactured spike protein, which makes it easy to produce quickly in large quantities, Gregory M. Glenn, Novavax’s president of R&D, said in a press release.

Additionally, unlike Moderna and Pfizer’s vaccines, which must be stored at freezing temperatures until use, Novavax’s only requires refrigerator temperatures, which could make it easier to distribute.

In late January, Novavax shared the preliminary results from a phase 3 trial involving more than 15,000 people in the U.K. Some participants received two doses of Novavax’s COVID-19 vaccine, delivered 21 days apart, and others received a placebo.

Researchers confirmed 62 symptomatic cases of COVID-19 during the trial, and only six cases were in fully vaccinated people. No one in the vaccine group developed a severe case of COVID-19.

It’s the first vaccine to demonstrate significant clinical efficacy against both variants.

Overall, the vaccine was 89.3% effective in the U.K. trial, but it appeared to be slightly more effective against the most common strain of the coronavirus (95.6%) than the quickly spreading U.K. variant (85.6%).

Novavax’s COVID-19 vaccine also appears to be effective against the South African variant — though not quite as effective.

According to the preliminary results of a smaller phase 2b trial, involving 4,400 people in South Africa, the vaccine’s efficacy was just under 50%; in people who did not have HIV, that increased to 60%.

The new South African variant was behind the 25 of the 27 cases sequenced in that trial, so the fact the vaccine met the benchmark for an acceptable COVID-19 vaccine efficacy is still a win.

Phase 3 trials of Novavax’s COVID-19 vaccine are ongoing in the U.S. and Mexico, so we could be seeing more results in the near future.

If the vaccine does well in those trials and secures regulatory approval, Novavax says it could produce 2 billion doses in 2021 — and Australia, the European Union, and the U.S. are among the groups eager to snatch up the vaccine as soon as it’s available. 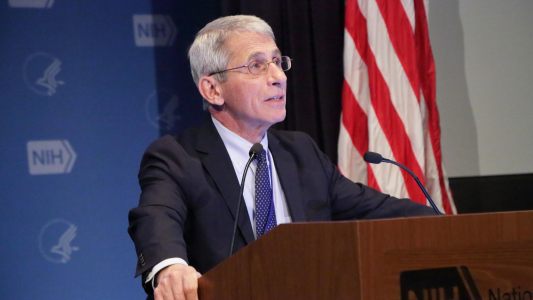