Aggressive childhood brain tumors, called recurrent high-grade gliomas, have an incredibly bleak prognosis, with a median life expectancy of under half a year from diagnosis.

Now, researchers at the University of Alabama at Birmingham and Children’s of Alabama have completed a phase 1 clinical trial of a new form of treatment: directly injecting modified herpes viruses into the tumor.

The trial found that treatment with the modified oncolytic virus — a virus designed to attack tumor cells — both by itself and in combination with radiation therapy was well-tolerated, with no serious safety issues.

The patients who got the treatment also survived twice as long as the typical survival rate for children with high-grade gliomas, per UAB’s release.

“This is the first step, a critical step,” UAB pediatric cancer specialist and study leader Gregory Friedman told the AP.

“Our goal is to improve on this.”

The Enemy of My Enemy: Oncolytic Virus Therapy

It may sound counterintuitive — injecting viruses into the brain to treat disease — but oncolytic virus therapy harnesses a virus’s special set of skills to attack tumors.

The viruses are modified to only infect tumor cells, which both directly attacks the cancer, as well as triggering an immune response that makes it easier for the body to find and kill the tumor.

In 2015, the FDA approved a herpes-based oncolytic virus therapy for treating melanoma, and researchers are looking to Zika — and even Ebola — for anti-cancer viruses , as well.

The UAB-developed therapy utilizes a modified virus, called G207, derived from the cold-sore-causing herpes virus, HSV-1. G207 is the product of over three decades of research, the UAB release says, beginning at Massachusetts General Hospital in the 1990s, where James Market, the current chair of the Department of Neurosurgery at UAB, was part of the team that pioneered oncolytic virus therapy with herpes viruses.

G207 has been modified so that it only infects tumor cells. After being delivered directly into the tumor, G207 does its virus thing: breaking into cells, replicating, and unleashing a horde of new viruses to infect other tumor cells.

In doing so, the virus not only kills tumor cells, it calls in reinforcements, as well — sparking the body’s immune response and siccing the immune system on the tumor.

And a nasty tumor it is.

“It’s a Devastating Disease for These Patients and Their Families.”

High-grade gliomas are tumors of the glial cells, which are located in the brain and spinal cord. While rare, they are almost invariably deadly.

For children who have recurrent high-grade gliomas — gliomas that have returned after being treated — median life expectancy after diagnosis is 5.6 months, BioSpace reports.

“It’s a devastating disease for these patients and their families,” UCLA cancer specialist Antoni Ribas, president of the conference where the work was presented, told the AP.

The UAB trial suggested the virus helped, Ribas said, but needs to be backed up by larger studies.

The UAB/Children’s study, the results of which were published in the NEJM, enrolled 12 patients between the ages of 7 and 18. Patients received either an infusion of G207 only — administered directly into the tumor via tiny tubes — or G207 with a single, low dose of radiation. According to UAB, the radiation was designed to accelerate the virus’ replication, ensuring it spread throughout the tumor.

11 of 12 patients in the trial showed a response to the treatment, and the oncolytic virus — both by itself and in combination with radiation — was well-tolerated, with no serious adverse effects.

However, the study was aimed at testing the safety of the treatment, rather than the efficacy, so these results should be considered as encouraging but not definitive.

“There are still more studies needed; but thus far, viral immunotherapy with several different viruses, including herpes virus, has shown promise in treating high-grade brain tumors in both adults and children,” Friedman said in the release.

The next step is determining the optimal timing for the oncolytic virus treatment, what other therapies it could be used in conjunction with to maximize its tumor-killing power, and if G207 can be safely delivered to the cerebellum, a part of the brain that has not been investigated in humans but is a common spot for pediatric tumors to show up.

“The key findings thus far are that the approach is safe and well tolerable, and the preliminary evidence of efficacy is promising,” Friedman said. 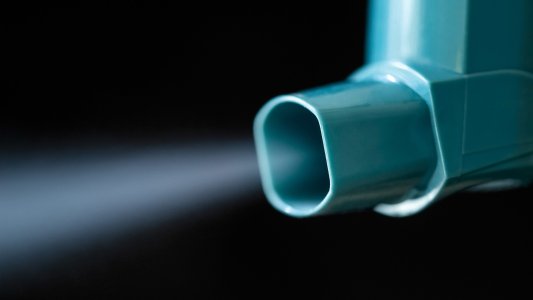