It also requires a whole lot of money — so why isn’t the World Bank’s pandemic fund, a source of money seemingly designed for this specific purpose, contributing to the response effort?

The World Bank is an international financial organization focused primarily on reducing global poverty. In the wake of the 2014-2016 Ebola crisis, it launched the Pandemic Emergency Financing Facility (PEF), designed to help developing countries in the event of a future pandemic.

Through the PEF, investors bought $320 million worth of bonds, with all the money going into a collective pool.

Nations can use the money to fund anything that could help prevent an outbreak from spreading.

If a pandemic were to break out before the bonds mature, the invested cash was to go toward fighting it in developing countries. If one didn’t break out, those who contributed to the fund would receive a nice return on their investment.

“Pandemics pose some of the biggest threats in the world to people’s lives and to economies, and for the first time we will have a system that can move funding and teams of experts to the sites of outbreaks before they spin out of control,” World Bank President Jim Yong Kim said at the time of the PEF’s launch.

During the multi-year Ebola outbreak that inspired the creation of the PEF, 28,600 people contracted the disease in 10 countries. Since December 2019, the COVID-19 outbreak has spread to more than 70 countries, infecting more than 96,000 people. (You can find the latest data here.)

So why hasn’t the PEF fund paid out any money to help contain the coronavirus?

The short answer is that a number of things have to happen to trigger the release of PEF funds — and they just haven’t happened yet.

The long answer starts with geography.

The release of the pandemic bonds requires that a disease cause at least 20 deaths in two or more nations, and the vast majority of COVID-19 deaths — 3,013 out of 3,341, at the time of writing — have taken place in China.

So while China passed the 20 deaths threshold back on January 23, it wasn’t until February 27 that Iran became the second country to reach it — nearly two months after the discovery of the first case.

The COVID-19 outbreak has revealed weaknesses in the design of the World Bank’s pandemic fund.

The release of the PEF funds is also time-dependent.

There’s a waiting period of 12 weeks before a non-flu epidemic, like the coronavirus, can trigger the release of PEF funds — meaning that regardless of the number of deaths, the money would never have been accessible before late-March.

Given the worsening situation, it’s looking more likely that the coronavirus outbreak will trigger the release of at least some of the pandemic bond money — experts from Global Financial Institutions have predicted a $132.5 million payout on March 24.

But China is not one of the 76 developing nations eligible to receive the funds, meaning it’ll need to continue funding its COVID-19 response itself.

Once the eligible nations have the money, though, they’ll be able to use it to pay response staff, buy medical equipment, and fund anything else that could help prevent the virus from spreading.

The COVID-19 outbreak has revealed weaknesses in the design of the World Bank’s pandemic fund — or at least a misunderstanding in how people expected it to work.

“The advertising was that there would be early, rapid, predictable, transparent financing available for outbreaks so that they don’t become pandemics,” Olga Jonas, senior fellow at the Harvard School of Public Health and former World Bank economist, told Business Insider. “In order for that to happen you have to have early triggers. The triggers in the design are very late.”

Earlier triggers would have increased the amount of risk attached to the pandemic bonds, though, which might have discouraged investors. They would have also increased the likelihood that another, less dire event could have triggered the release of the funds — leaving the coffers empty during a more major event, like the COVID-19 outbreak.

Instead, the World Bank triggers were designed to fight the last epidemic — something like Ebola, which spreads slowly and has a high death rate. With COVID-19, the coronavirus had blitzed into dozens of countries before the second nation had its twentieth death.

As it stands, the pandemic fund’s design allows it to provide some financial relief to vulnerable nations after a health emergency is already well underway. But the program was never capable of preventing outbreaks from spinning out of control, as the World Bank’s president once claimed. 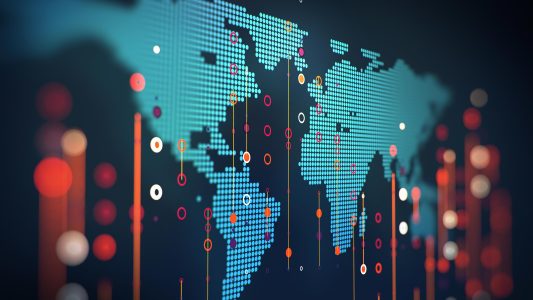 Teams of computer scientists across the globe are working tirelessly to help track COVID-19 through the use of computer modeling and data dissemination.

Coronavirus
Data scientists are making it easier to track COVID-19
By Kristin Houser
Subscribe to Freethink for more great stories
Subscription Center
Sections
Video
Freethink
Subscribe
We focus on solutions: the smartest people, the biggest ideas, and the most ground breaking technology shaping our future.
Subscribe