Why do spinal injuries paralyze people? It sounds like a silly question, but it’s not as simple as it sounds. Most injuries that result in paralysis don’t sever the spinal cord completely, yet the surviving nerves often fail to provide any feeling or movement below the site of the injury. The axons (nerve fibers) are still there, but the line of communication between the brain and lower limbs has been cut off.

Recent efforts to cure paralysis have tried using stem cells to regrow damaged axons, but regeneration has had disappointing and inconsistent results. But a new study at Boston Children’s Hospital is taking a different tack: waking up the nerves that are still there. Using a new chemical compound, scientists were able to reactivate these dormant axons in 80% of paralyzed mice, allowing them to take their first steps since they were paralyzed. Researchers think that this treatment could be combined with electrical stimulation to dramatically increase the odds of recovery after spinal injuries.

Paralysis happens when there’s a disconnect between the brain and other parts of the body, when orders like “walk” don’t make it from your head to your legs. Traumatic spine injuries are especially likely to break the connection to the central nervous system, often resulting in loss of feeling and movement below the injury. But even with total paralysis, there’s usually some intact axons running through injury that ought to relay at least some nervous impulses. The question has been, what is blocking these nerves from transmitting signals to and from the lower limbs?

In the past, researchers have tried forcing the issue, using drugs to excite nerves in the spine, but that only resulted in random jerking movements. But after testing a number of different compounds on paralyzed mice, researchers made a surprising discovery: it’s not the neurons that can’t fire, it’s the ones that can’t stop firing.

Researchers found that when the spinal cord is damaged, inhibitory neurons stopped making a protein that lets them hear “relax” commands from the brain. In other words, they become like rogue traffic cops, ignoring all the green lights and holding up stop signs in every direction, bringing the normal flow of traffic to a halt. This upsets the balance of inhibitory and excitatory signals in the injured region, creating a traffic jam that blocks commands like “walk” from reaching the lower limbs.

Scientists at Boston Children’s Hospital discovered a compound, called CPL290, that stimulates these damaged inhibitory neurons to make the protein that lets them hear the brain signals telling them to relax again. As a result, neural traffic can start trickling through the spinal cord again, bringing the whole spinal circuit back online.

After five weeks of treatment with the drug, eight out of ten paralyzed mice were walking again. Measurements showed that they were supporting more of their own weight than the control mice, and tests with electrodes showed that a much electrical stronger signal was transmitting to the leg muscles than before. On top of that, their improved walking scores persisted for up to two weeks after treatments stopped, suggesting that temporarily resetting the traffic signals could result in permanent healing.

This discovery has big implications for the treatment of spinal injuries. CPL290 (or drugs like it) could be combined with electrical stimulation, rehab, gene therapy, or even stem cell therapy to dramatically increase a patient’s chance of regaining function after an accident. The next step is to test their results again with more realistic types of spine injuries, instead of the precise cuts they made in the initial experiment. As always, it’s a long way from the initial discovery to treatment, but this is an important first step.

Mental Health
Creatine, a popular exercise supplement, might help treat depression
Creatine shows promise as a treatment for depression, boosting the effects of SSRIs and potentially working as a standalone medication.
Up Next 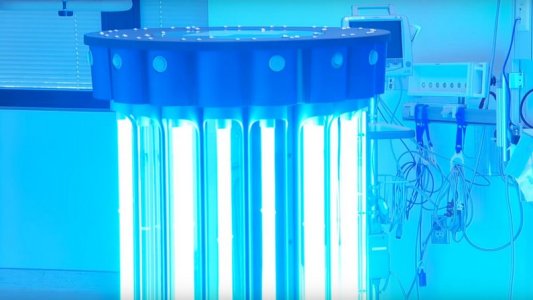 UV light destroys bacterial DNA from the inside out, eradicating the toughest pathogens in minutes.

Medicine
UV robots can sterilize an ICU in 10 minutes
Subscribe to Freethink for more great stories
Subscription Center
Challenges
Video
Freethink
Subscribe
We focus on solutions: the smartest people, the biggest ideas, and the most ground breaking technology shaping our future.
Subscribe