Parkinson’s disease — a brain disorder that impacts ten million people — has puzzled scientists worldwide. Currently, there is no cure. Symptoms can be treated, but there is no drug targeting the underlying cause of the disease.

Now, a team of researchers has come one step closer by discovering a peptide that could solve the strange problem of “protein misfolding”— a leading suspect for the cause of the disease.

The challenge: Parkinson’s disease is still a mystery to scientists. Most think that a combination of genetics and the environment can lead to Parkinson’s. About 15% of people with the condition have inherited it from a parent, suggesting that genes play a role, but do not fully explain the majority of cases.

“We hope to develop a drug that can return people to good health even before symptoms develop.”

Even though the disease is different for everyone, they all have two features in common: a faulty protein and loss of nerve cells.

The faulty protein is called alpha-synuclein (αS). Everyone has the αS protein in their brains, but the problem occurs when it clusters together and malfunctions, due to a problem called “protein misfolding.”

The protein clusters become chains that are toxic to human brain cells, causing them to die. With cell death, the signals between the brain and body are interrupted and confused, causing the distinct symptoms of Parkinson’s disease: tremors and involuntary limb movements.

Coming closer to a solution: Scientists have been trying to find a peptide (a short chain of amino acids, the building blocks of proteins) to prevent the αS protein misfolding.

A team from the University of Bath in the U.K. reviewed 209,952 peptides before focusing  on one that showed promise in lab tests. Then they made two modifications to the peptide to create an optimized version, which is more effective at reducing αS protein misfolding.

“A lot of work still needs to happen, but this molecule has the potential to be a pre-cursor to a drug,” lead researcher Jody Mason said in a statement. “Today there are only medicines to treat the symptoms of Parkinson’s — we hope to develop a drug that can return people to good health even before symptoms develop.”

Why this matters: Nearly one million people in the U.S. live with Parkinson’s disease and ten times as many worldwide.

People with Parkinson’s disease usually begin to see symptoms in their 50s and later. They include limb tremors, trouble walking, speaking, swallowing, and even hallucinations. The symptoms can become severe and limiting, requiring round-the-clock care.

And the disease is costly — averaging $2,500 a year in medications and up to $100,000 per person for therapeutic surgery. This doesn’t count the cost of care to help people manage the disease and their lives with Parkinson’s.

While there are drugs that address symptoms — like a stumbling gait and movement abnormalities — currently, there is no cure or treatment that will slow or stop the onset of the disease.

“We now know where to target on the alpha synuclein protein to [suppress] its toxicity. Not only will this research lead to the development of new treatments to prevent the disease, but it is also uncovering fundamental mechanisms of the disease itself,” said Richard Meade, lead author of the study, adding that this work helps unfold the mysteries of protein misfolding in the first place. 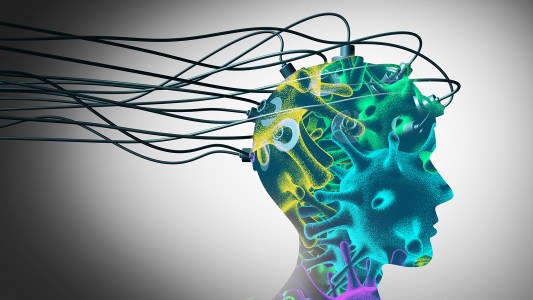 Coronavirus
Researchers are testing neural stimulation as a long COVID treatment
By B. David Zarley
Subscribe to Freethink for more great stories
Subscription Center
Sections
Video
Freethink
Subscribe
We focus on solutions: the smartest people, the biggest ideas, and the most ground breaking technology shaping our future.
Subscribe