More than 450 million people around the world are currently living with diabetes.

Most of those people have to rely on regular injections of insulin to manage their disease, but a new study — published in the journal Science Translational Medicine — suggests that there may be a way to reverse diabetes in some people using their body’s own cells.

From Stem Cells to Beta Cells

Our bodies rely on insulin, a hormone produced and secreted by beta cells in the pancreas, to convert blood sugar into cellular energy. People with diabetes either don’t have enough beta cells or have ones that produce insufficient insulin.

Many people opt for insulin injections to treat their diabetes, but this can cause complications such as skin infections and kidney problems. Pancreas cell transplants can also help treat diabetes, but there are far more people in need of the cells than there are cell donors.

But scientists at Washington University in St. Louis (WUSTL) may have found a way to reverse the disease altogether.

For this new study, they used a previously developed a technique to convert human stem cells into beta cells that could reverse diabetes in mice.

This time, however, instead of starting with stem cells from a healthy person, they used cells from a patient with Wolfram syndrome, a rare form of diabetes caused by a mutation in a single gene.

The scientists first converted the patient’s skin cells into stem cells. They then used the gene-editing tool CRISPR to correct the Wolfram-causing genetic mutation in some — but not all — of the stem cells.

Next, they converted all of the stem cells into beta cells and implanted those beta cells under the skin of diabetic mice.

A Way to Reverse Diabetes

The unedited cells did produce insulin in the mice, but not enough to reverse diabetes in the animals. The mice that received the edited cells, however, had normal blood sugar levels for the entire six-month observation period.

“We basically were able to use these cells to cure the problem, making normal beta cells by correcting this mutation,” co-senior investigator Fumihiko Urano said in a news release.

“It’s a proof of concept demonstrating that correcting gene defects that cause or contribute to diabetes — in this case, in the Wolfram syndrome gene — we can make beta cells that more effectively control blood sugar,” he continued.

In the future, we may be able to take a few milliliters of urine from a patient, make stem cells that we then can grow into beta cells, correct mutations in those cells with CRISPR, transplant them back into the patient, and cure their diabetes in our clinic.

The scientists believe their study suggests that it may be possible to reverse diabetes in patients with other forms of the disease, even the common Type 1 and Type 2, by using CRISPR to edit stem cells created from their blood or urine.

“In the future,” Urano said, “we may be able to take a few milliliters of urine from a patient, make stem cells that we then can grow into beta cells, correct mutations in those cells with CRISPR, transplant them back into the patient, and cure their diabetes in our clinic.”

There are still many hurdles between this study and the use of the technique to reverse diabetes in humans, though.

For one, genetic defects play a role in the development of diabetes, but so does a person’s environment, and this research wouldn’t be able to address those environmental factors.

Additionally, most cases of diabetes stem from multiple genetic defects — not just one, like Wolfram syndrome — and scientists would need to identify and correct all of those defects for each individual patient.

They’d then need to generate about a billion new beta cells per patient — a process that could take upwards of a year. They also have to figure out where to implant the beta cells as they still aren’t sure which location in the body leads to optimal results.

Still, if the WUSTL scientists are successful, their stem cell-derived beta cells could prove far more useful than donated ones as recipients wouldn’t have to worry about taking immunosuppressant drugs — or finding a willing donor. 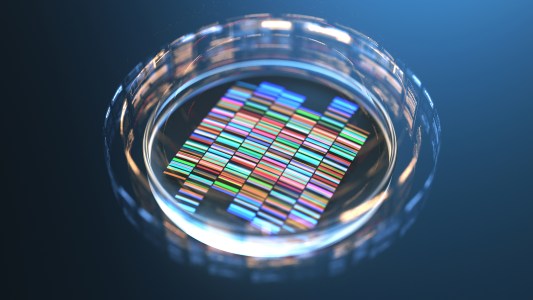 A new virus detection tool can simultaneously test more than 1,000 patients for a virus — a capability that could prove invaluable during an outbreak.

CRISPR
CRISPR virus detection tool can test you for 169 viruses at once
Subscribe to Freethink for more great stories
Subscription Center
Sections
Video
Freethink
Subscribe
We focus on solutions: the smartest people, the biggest ideas, and the most ground breaking technology shaping our future.
Subscribe