Headache, a nearly universal human experience, is one of the most common complaints encountered in medicine and one of the oldest challenges in medical history. Treatments for headaches and migraines can be found in the Ebers Papyrus (1550 BCE), an ancient medical reference. The tome recommended physicians firmly bind a clay crocodile holding grain in its mouth to the head of the patient using a strip of linen (probably because applying pressure on the head can temporarily relieve headache symptoms). Now, some 3,000 years later, most of us reach for painkillers when we have a headache instead of a clay crocodile.

Acetaminophen (Tylenol) and non-steroidal anti-inflammatory drugs (NSAIDs), such as ibuprofen and aspirin, are the most commonly taken drugs worldwide. Roughly 60 million and 72 million Americans, respectively, are regular users. While these medications provide the gift of peace from mild to moderate pain, the gift comes at a price — liver damage, gastric ulcers, and heart failure just to name a few. Opioids are addictive.

Just 250 miles from where the Ebers Papyrus was discovered, scientists have developed a new pain medication. Compared to current drugs, the new medication is superior at reducing pain and is less prone to causing organ damage. But more importantly, it might unlock a completely new strategy for treating pain.

The challenge of developing painkillers

When our tissue is damaged — such as a nail piercing the foot or decaying tissue resulting from an infection — nearby cells produce chemicals that trigger pain receptors on neurons. Thus, there are two general strategies for blocking pain: block the production of the “pain chemical” or prevent neurons from detecting the chemical. Most household painkillers block the pain chemical. It isn’t nearly as effective at stopping pain, but it also isn’t nearly as addictive as drugs that block pain neurons (namely, opioids).

NSAIDs block pain chemicals by inhibiting the enzymes responsible for producing them, like cyclooxygenase-2 (COX-2). However, COX-2 is very similar to another enzyme, COX-1. Consequently, most drugs that inhibit COX-2 also inhibit COX-1. And that causes a problem.

COX-1 produces a molecule that helps protect and maintain gastrointestinal, renal, and cardiovascular tissue. Therefore, if COX-1 is inhibited, then the intestines, kidney, and heart are easily damaged and are slow to repair. Because of this, scientists have tried to identify drugs that selectively inhibit COX-2, but this has proven to be difficult. Only five such drugs have been identified ever, and they have their own set of problems.

For instance, when the selective COX-2 inhibitor celecoxib (e.g., Celebrex) hit the market in 1998, it was an immediate blockbuster. In the first year, physicians wrote over 100 million prescriptions and assured their patients that the medication would reduce pain without causing any of the side effects of other NSAIDs. However, a year later, many of those patients experienced kidney failure. It turned out COX-2 is important for kidney maintenance, though its specific role remains a mystery.

It might be possible to create less toxic versions of acetaminophen, but since scientists don’t know what acetaminophen is targeting, it is difficult to identify new versions. Instead, scientists continue to dream of discovering a new COX-2 inhibitor that doesn’t cause kidney damage.

When Adnan Bekhit from the University of Alexandria and Kikuko Amagase from Ritsumeikan University set out to find a new painkiller, they had a different dream: discover a painkiller that could also fight infections. They found one. And it happened to be the sixth COX-2 inhibitor.

A COX-2 inhibitor without the side effects

In 2009, Bekhit and Amagase’s team began exploring five potential COX inhibitors. One of the drugs stood out from the rest — E-4-[3-(4-methylphenyl)−5-hydroxyliminomethyl-1H-pyrazol-1-yl] (which they named “AD732”). It reduced pain and eliminated infections, but that wasn’t the intriguing part. The mice that received the drug didn’t seem to develop gastric ulcers, which was unexpected.

The team treated rats with AD732 and a known COX-2 inhibitor, celecoxib. Both drugs were effective at reducing acute and chronic pain, but AD732 was significantly better at reducing both. Neither compound produced gastric ulcers in the rats. So, it looked like AD732 was indeed a COX-2 inhibitor.

But then they noticed the two drugs had different effects on kidney function: celecoxib caused kidney damage, but AD732 did not. In other words, not only had the researchers discovered a new COX-2 inhibitor that was better at reducing pain, it seemed as if the drug didn’t cause the nasty side effect of kidney damage.

AD732 is not the first COX-2 inhibitor that is better at reducing pain than celecoxib. In 1999, the pharmaceutical company Merck introduced Vioxx (rofecoxib) — a very strong inhibitor of COX-2. Merck claimed that it was a safer, more effective pain medication than other NSAIDs (including celecoxib). They were only half right.

Vioxx’s ability to strongly inhibit COX-2 made it very effective at reducing pain, but it also caused the drug to be recalled in 2004. Apparently, strongly inhibiting COX-2 increases the chances of cardiovascular disease, whereas less potent COX-2 inhibitors (e.g., celecoxib) did not. Naturally, Bekhit and Amagase wanted to know if AD732’s superior pain-reducing power was because it was a strong COX-2 inhibitor.

Using computer models of AD732 and celecoxib, the researchers compared how the two drugs interacted with the enzyme. Amazingly, the team found AD732 was a less potent inhibitor of COX-2 than celecoxib. This means AD732 is better at reducing pain, doesn’t cause kidney damage, potentially doesn’t cause cardiovascular damage, andis only a weak inhibitor of COX-2. The possible implications of this are substantial.

A new class of painkillers?

All of this suggests that AD732 might be targeting a molecular pathway that scientists don’t yet know about. While this will need to be explored further, it opens the possibility of identifying a new class of medication that can kill pain — without also killing people. 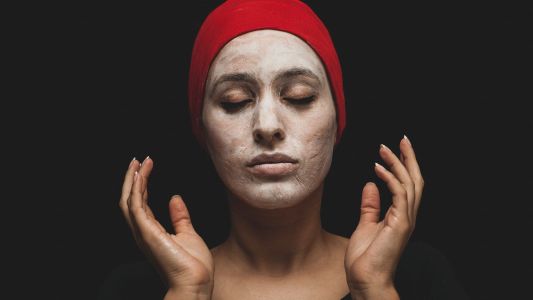 A new biotech firm with $3 billion in funding has announced plans to combat aging. But what does that mean for human life span, exactly?

Aging
Anti-aging isn’t a scam, but immortality almost certainly is
By Peter Rogers
Subscribe to Freethink for more great stories
Subscription Center
Sections
Video
Freethink
Subscribe
We focus on solutions: the smartest people, the biggest ideas, and the most ground breaking technology shaping our future.
Subscribe