Over the last couple decades, antiretroviral therapy (ART) has changed HIV from a death sentence to a manageable disease. The virus is an exceptionally tricky one, however, and there is as yet no known cure. We can hold the virus down, but we cannot wipe it out — and if treatment ever lets up, it can lead to AIDS.

But researchers at Tulane may have taken one more step to finally developing an HIV cure, using the gene-editing tool CRISPR.

The experiment, published in Nature Communications, delivered CRISPR/Cas9 to cells of monkeys infected with simian immunodeficiency virus (SIV), the monkey version of HIV.

The gene editor had one mission: cut out the DNA that causes infected cells to replicate the virus — essentially eliminating the virus at the source.

HIV has a damnable ability to lurk within cells; while in this latency period, it is undetectable.

“We can’t even separate out uninfected from infected cells, let alone latently infected cells,” Steven A. Yukl, associate professor of medicine at the University of California, San Francisco told the university in 2018.

While ART can drive HIV down to undetectable levels, basically forcing it back into latency, it can’t get at the virus hiding inside cells.

But if treatment is ever interrupted, HIV pounces, rapidly replicating and achieving pre-treatment levels; to prevent this resurgence, ART must be continued for life.

This poses a few challenges.

It is difficult to get people to take daily medication properly for life, and interruptions caused by any number of factors — financial, emotional, mental, what have you — could lead to HIV’s dreadful return.

On top of that, constant jousting with ART means HIV is developing a resistance to the drugs. So the race to develop an HIV vaccine or a permanent HIV cure is a fierce and essential one.

The researchers, based at the Tulane National Primate Research Center in Louisiana, used a precision gene-editing technique developed at Temple University to cut out the SIV-supporting DNA.

Like HIV and other retroviruses, SIV must commandeer a cell to crank out copies of itself. The genetic blueprints smuggled inside to cause this replication are called proviral DNA, which gets inserted into the cell’s DNA. By going Zorro on this proviral DNA, the researchers stopped the virus’s replication.

This is an important development in what we hope will be an end to HIV/AIDS.

CRISPR/Cas9 was delivered to SIV-infected cells using an adeno-associated virus, an empty shell for delivering the gene editor. Once inside, it searched for and then cut out pieces of proviral DNA inside cells in the brain, bone marrow, lymph nodes, and spleen of Rhesus macaque monkeys.

Within three weeks, up to two-thirds of the virus were eliminated in some of the reservoirs.

“This is an important development in what we hope will be an end to HIV/AIDS,” study author Andrew MacLean, PhD, associate professor of microbiology and immunology at Tulane National Primate Research Center, said.

“The next step is to evaluate this treatment over a longer period to determine if we can achieve complete elimination of the virus, possibly even taking subjects off of ART.” 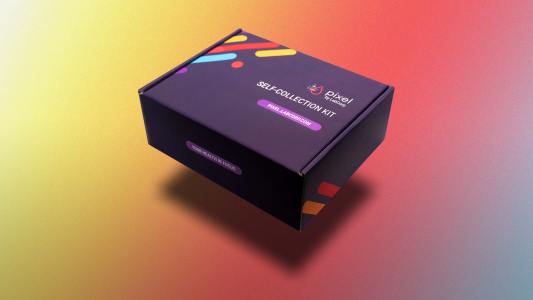 The FDA has authorized the first over-the-counter COVID-19 test for home use, but buyers still have to send their samples to a lab for processing.