About a decade before her husband was diagnosed with Parkinson’s disease, she noticed that he had developed a musky odor.

Later, while interacting with people at a support group, she realized the scent wasn’t unique to her spouse — other people with the neurological disease smelled the same way.

Milne connected with researchers at University of Manchester (UOM), and after studying her ability, they discovered that certain compounds are higher or lower than normal in the skin oils of people with Parkinson’s — compounds she could smell.

An early Parkinson’s diagnosis can increase the efficacy of medications. It can also give patients more time to prepare for the future and the opportunity to make lifestyle changes that can slow the disease’s progression.

Unfortunately, the only way to diagnose Parkinson’s is through the appearance of visible symptoms, such as tremors or balance issues.

These symptoms are also linked to other diseases, so doctors can spend time ruling out other possibilities or even misdiagnosing them before identifying Parkinson’s — and by that time, the disease may have already caused significant brain damage.

But a skin swab test for Parkinson’s might make it possible to not only better diagnose the disease, but also to monitor its progression over time.

The Skin Swab Test for Parkinson’s

To develop their skin swab test for Parkinson’s, the UOM team collected samples of sebum (the waxy substance that coats our skin) from 500 volunteers, some of whom had already received a Parkinson’s diagnosis.

They then used mass spectrometry to identify 10 chemical compounds in the samples with levels linked to Parkinson’s.

When the researchers tested 129 people (100 with the disease and 29 without) for Parkinson’s based on the levels of the compounds in their sebum, they found the approach correctly identified 92.4% of people with the disease.

However, it also had a high false positive rate — more than a third of the healthy people involved in the study were incorrectly classified as having Parkinson’s. This poses challenges for using the test to screen people before they have symptoms, as it could lead to too many false alarms.

The researchers are now working to increase the accuracy of their test and looking forward to a day when it could help improve the lives of people with Parkinson’s disease.

But the test also has applications beyond diagnosis. In another recent study, the researchers showed it was also possible to use the skin swab test for Parkinson’s to track the progression of the disease, by looking for subtle changes in the compound levels.

“We believe that our results are an extremely encouraging step towards tests that could be used to help diagnose and monitor Parkinson’s,” researcher Perdita Barran said in a press release.

Virology
Chickenpox and shingles virus lying dormant in your neurons can reactivate and increase your risk of stroke
People with shingles have an approximately 80% higher risk of stroke than those without the disease, and researchers want to know why.
Up Next 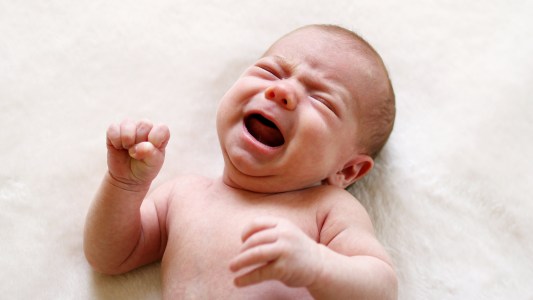 There’s a lot about newborn breathing doctors don’t know, but a new imaging technique that can record a baby’s first breaths is pulling back the curtain.

Healthcare
Doctors can now see the lungs of a newborn breathing
Subscribe to Freethink for more great stories
Subscription Center
Sections
Video
Freethink
Subscribe
We focus on solutions: the smartest people, the biggest ideas, and the most ground breaking technology shaping our future.
Subscribe