In a delightful gimme for headline writers everywhere, researchers at MIT — including a Nobel Prize-winning chemist — have created artificial mucus that performs better than the real thing.

You may not have known that this gross goop has a function, or that it was in need of improvement, but it turns out that mucus is critical.

The bodily secretion is nearly universal across animal species, and with good reason: beyond making sure wet and viscous surfaces stay wet and viscous, the long proteins that make up mucus, called mucins, have antibacterial properties as well.

“It’s very cool. It does all these great things for us,” MIT chemistry professor and senior author of the study Laura Kiessling told Forbes. “It’s the layer that’s separating our animal selves from the microbes.”

Mucins are long proteins that sprout feathery sugars, looking something like — as the researchers described it — a bottlebrush.

Those sugars, it turns out, make mucins much more than bacterial sticky traps.

Among those activities when tested against the bacteria Pseudomonas aeruginosa: preventing the killing of other (helpful) microbes, jamming communication with its bacterial buddies, and stopping it from forming clumps and producing toxins.

Naturally, researchers set out to take advantage of mucins’ array of microbe-discombobulating effects.

The problem: those rococo arrangements of sugars are, like, tough to synthesize.

“Each mucin polymer has a long backbone consisting of thousands of amino acids, and many different glycans can be attached to these backbones,” MIT News reports.

Cutting through the jargon: these are super complicated jigsaw puzzles, and there’s a million different ways to fit the pieces together.

Kiessling and Ribbeck joined forces with Nobel Prize in Chemistry winner Richard Schrock for the study, published in ACS Central Science. Their approach was to focus on the mucins’ backbone, not the sugars.

They theorized that the long, snaking shape of natural mucins was the key to their antimicrobial properties.

“What we wanted to ask was, does the structure of the backbone matter at all?” Kiessling told Forbes.

As MIT News explains, during this process a carbon-containing ring is opened up to form long, straight molecules that can be joined together — the future synthetic mucin backbone.

Schrock got his Nobel for his work creating catalysts to drive this type of reaction. It gets pretty complicated from here, but essentially two type of synthetic mucins can be made: “cis” and “trans” versions. The names refer to where the artificial molecules bond.

The team found that the cis versions of the mimic mucins looked more like natural ones, forming the long spines, while the trans versions formed clumps.

Mimetic mucuses in hand, they set out to see how the synthetic mucins stacked up to the real deal.

When the various mucins were exposed to the toxins created by Vibrio cholerae — the fiend behind cholera — the cis versions were not only more effective at capturing the toxin than the trans synthetics, they even outperformed the natural mucins.

Per MIT News, the team’s next step is to study what happens when the mucins are armed with different assortments of sugars, which could lead to bespoke mucins for battling any number of bacteria.

“We would really like to understand what features of mucins are important for their activities, and mimic those features so that you could block virulence pathways in microbes,” Kiessling told MIT News.

Synthetic mucins may eventually serve a role in battling superbugs, bacteria that are resistant to antibiotics, making them difficult to treat — to sometimes deadly effect.

“We’re thinking about ways to even better mimic mucins, but this study is an important step in understanding what’s relevant,” Kiessling told MIT News. 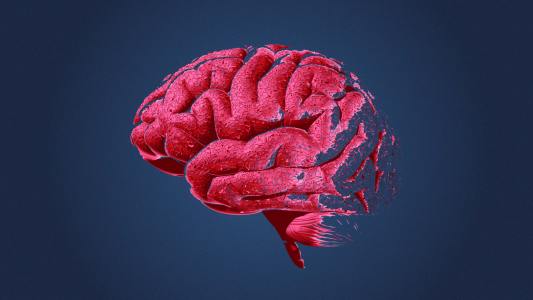 By injecting a “brain glue” into rats, researchers were able to speed up their recovery after a traumatic brain injury.