Our bodies are self-healing machines, with systems that can close wounds, repair broken bones, and even regenerate damaged organs.

But some injuries are too severe for our bodies to repair on their own, and we need to rely on modern medicine to help these processes along.

Now, researchers have developed an implantable “brain glue” to help the organ recover after a traumatic brain injury — and it works by mimicking our natural repair mechanism.

A traumatic brain injury can be caused by any jolt to the head that affects the brain’s ability to function.

On the mild end of the spectrum, a person might briefly lose consciousness and have a headache for a few days (as regularly happens with sports concussions). A severe traumatic brain injury, however, can lead to coma or even death.

It’s common for those lucky enough to survive a severe brain injury to subsequently experience a loss of brain tissue and cognitive problems, and there are no clinical treatments to prevent either from happening.

The brain glue developed by University of Georgia (UGA) researchers could change that.

Our brains contain a network of sugars that bind to proteins to protect and repair our brain cells. When injected into the brain, UGA’s brain glue mimics those sugars — binding to two proteins that can help brain cells survive and regrow after an injury — to boost the natural healing process.

In 2017, the UGA team demonstrated that the brain glue could protect the brain tissue of rats from damage after a severe traumatic brain injury.

In a new study, they showed the brain glue could accelerate the regeneration of rats’ brain cells and improve the animals’ motor function, too.

“Animal subjects that were implanted with the brain glue actually showed repair of severely damaged tissue of the brain,” research Lohitash Karumbaiah said in a press release. “The animals also elicited a quicker recovery time compared to subjects without these materials.”

The hope is that doctors might one day be able to inject the brain glue into the damaged areas of a person’s brain soon after a severe traumatic brain injury, helping stave off damage and hasten the recovery process.

However, just because a treatment works and appears safe in rats does not mean it’ll have the same effect on people, so more testing is needed before any brain glue gets injected into humans. 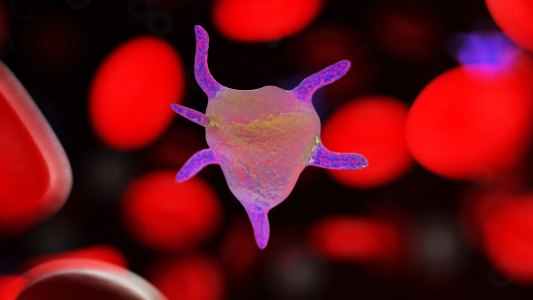