A tiny implant that wraps around nerves and cools them has been shown to deliver targeted pain relief in rats. If it is as safe and effective in humans, the “nerve cooler” could help people manage pain without addictive opioids.

Why it matters: An estimated 20% of Americans live with chronic pain, and millions more deal with severe acute pain following injuries, illness, and surgery.

Doctors commonly prescribe opioids to relieve pain, but while these medications are effective, they’re also addictive and regularly misused. The need to develop better alternative pain management techniques is high.

The alternative: Nerve cooling is one way to relieve pain without medications. By applying cold directly to a nerve, doctors can block its ability to transmit pain signals to the brain, providing targeted pain relief.

Conventional methods for cooling nerves are less than ideal, though, which has prevented the technique from being used more widely.

Applying cold directly to a nerve can block its ability to transmit pain signals to the brain.

“[The methods] rely on precooled liquids, such as methanol, delivered through a metal or silicone loop or a thermoelectric device,” Stanford University scientists Shan Jiang and Guosong Hong, who weren’t involved in the study, wrote in a Perspective piece about the study.

“These interfaces are constrained by their bulky and rigid structures, nonspecific cooling, and high-power requirement,” they explain.

The implant: Researchers from the University of Oregon and Northwestern University have now developed a new implant that uses nerve cooling to deliver targeted pain relief.

Their implant consists of a flexible elastic band made from a biodegradable material. Embedded in the band are tiny channels that hold a liquid coolant. There’s also a layer of electronics in the band linked to a temperature sensor near the end of it.

To deliver targeted pain relief, the end of the band with the sensor is wrapped around the offending nerve like a cuff. The other end remains outside the body connected to a pump and control system.

When nitrogen gas is pumped through the device, the coolant evaporates, which lowers the temperature and cools the nerve. When the treatment is finished, the pump and control system is disconnected, and the band dissolves into the body — no need for an extraction surgery.

When tested in rat models of neuropathic pain, the device rapidly and precisely cooled the animals’ sciatic nerves. Electrical conductivity through the nerve was blocked, and the animals appeared to experience pain relief for weeks after the device was implanted.

Looking ahead: Studies in humans are needed before the implant could be used in people, but if it works as hoped, it could help minimize the need for pain-relieving opioids, particularly following certain procedures, such as amputations, nerve grafts, or spinal surgery.

“Here, the relevant nerves are already isolated and identified,” the researchers write. “Thus, the application of the cuff would be straightforward to integrate into the clinical workflow.” 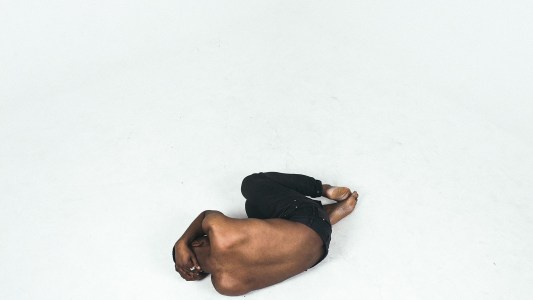 Researchers believe they may have discovered the mechanism behind fear’s sticking power in our memory.