There are moments in the history of scientific achievement that benchmark the end of an era and the beginning of a new phase of reality for mankind.

The significance of these inflection points is sometimes readily apparent. NASA astronaut Neil Armstrong’s first step onto the surface of the moon on July 20, 1969, marked a new phase of space exploration. Other advances take many years for the historical significance to manifest, with an impact that appreciates over decades. That was the case with the development of the mechanized clock of the 15th century and the invention of the telephone in 1876.

Attempts to rid people of their cancer burden date back to 1600 B.C. when the disease was first recognized. But the idea of using a patient’s own immune system to eliminate aggressive cancers is more recent. Nobel laureate Paul Ehrlich first postulated that the immune system might control tumors more than 120 years ago. Since then, researchers have tried to boost the immune system to wipe out cancers.

This week, the 2018 Nobel Prize in Physiology or Medicine was awarded to James P. Allison and Tasuku Honjo for discoveries that have led to new medicines that activate the immune system and drive it to fight cancers. These therapies can defeat even the deadliest malignancies.

Allison and Honjo have revolutionized our understanding of how the immune system recognizes tumor cells and have created a paradigm shift in clinical oncology that will likely alter how we treat cancer for the foreseeable future.

Nobel winner James Allison talks about the impact of his invention.

To date, our best tools for treating aggressive cancers that have spread beyond the range of curative surgery have been radiation therapy and systemic chemotherapy agents.

For the most part these treatments kill rapidly dividing tumor cells by damaging their DNA or disrupting other essential cellular processes. This has led to most of the significant treatment advances we have achieved in terms of long-term survival in patients with advanced cancers.

I believe that soon cancer immunotherapy will equal, or rival, the impact of radiation and chemotherapy for patients diagnosed with cancer.

To understand the significance of Allison and Honjo’s discoveries, one must appreciate researchers have been trying to rally a powerful immune response against tumor cells for the past century. Prior to Allison and Honjo’s work, researchers believed that aggressive cancers grew unchecked because the immune response was too weak. The consensus was that if one could stimulate the immune system, it would respond and destroy the invasive tumor cells.

Allison and Honjo, however, made a critical leap when they characterized two very important and potent pathways – called “immune checkpoints” – that can shut down the immune response. These pathways inhibit T cells – white blood cells that are charged with destroying virus-infected cells and tumor cells – and prevent them from “seeing” and attacking the tumor.

Allison and Honjo identified and characterized two different proteins, called CTLA-4 and PD-1, respectively, that sit on the surface of T-cells. When these proteins interact with matching proteins on tumor cells or other immune cells – the way a key fits a lock – the T-cells fall into “sleep mode” and don’t attack the tumor.

In many patients with cancer, these CTLA-4 and PD-1 pathways shut down anti-tumor immune activity. Without immune surveillance, the tumors grow and spread. This meant that our early attempts to activate the immune system were like trying to drive a car with the brake pedal pressed to the floor. No matter how we tried, or stepped on the gas, the brakes thwarted any progress.

But Allison and Honjo’s research led to the development of a new type of drug: monoclonal antibodies that block the regulatory pathways controlled by CTLA-4 and PD-1. These drugs, called immune checkpoint inhibitors, basically attach to the CTLA-4 and PD-1 proteins and prevent them from switching off the T-cells. These new antibody-drugs have led to dramatic tumor regressions. The results are so impressive that the FDA has approved their use for a variety of advanced cancers such as: metastatic melanoma, lung cancer, kidney cancer, bladder cancer, head and neck cancers, and other tumors.

The excitement surrounding cancer immunotherapy is due, in no small part, to the fact that these new medicines are revolutionizing how we treat advanced malignancies in which chemotherapy, surgery and radiation have failed. Furthermore, cancer immunotherapy has already become the preferred first option treatment for some cases of metastastic melanoma, the deadliest form of skin cancer. It is currently being evaluated as the first line option over traditional chemotherapy in other cancers.

CTLA-4 and PD-1 represent only the first two well-characterized immune checkpoints among an expanding list of targets that have been identified on immune cells and are believed important for modulating T-cell tumor fighting.

The risks of unleashing the immune system

Although immune therapy is a breakthrough, it is not without risks to the patient. Taking the brakes off of the immune system can trigger undesirable and in some cases deadly consequences for patients treated with drugs. The killing power of the immune system is tightly regulated to protect normal cells from attacks that can damage critical tissues. Removing the brakes with immune checkpoint inhibitors can cause damaging inflammation in the skin, gut, heart, lungs and other vital organs. These risks can add up when these potent inhibitors are combined. And, the long-term side effects of immune checkpoint inhibition are not fully understood.

While the clinical responses to these treatments can be dramatic, long-term tumor regressions are achieved only in a minority (usually less than 20 to 30 percent depending on the tumor type) of treated patients. Also, the use of the PD-1 and CTLA-4 checkpoint inhibitors has not proven effective against all tumor types. In our own studies of malignant brain tumors, my colleagues and I have identified unique properties that make them resistant to immunotherapy and have begun to identify strategies for overcoming this treatment resistance.

Thus, we have much still to learn and significant room for improvement in order to maximize the benefits immunotherapy for all patients. Nonetheless, we have definitively entered a new era of clinical medicine with an accelerated progress in oncology treatments.

More than one in three individuals will be diagnosed with cancer during their lifetime. Despite our continued advances in cancer prevention and early detection, a significant proportion of these individuals will be faced with advanced disease. With continued rapid progress building on Allison’s and Honjo’s pioneering discoveries, it is increasingly likely that a patient’s own immune system will prove the most effective strategy and final defense against an advancing and relentless malignancy.

Duane Mitchell is Professor of Neurosurgery at the University of Florida. This article was originally published on The Conversation. 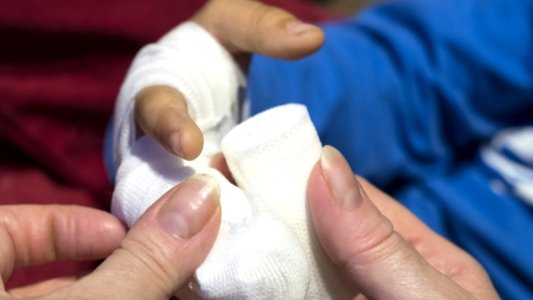 In addition to healing injuries, the approach could be useful for repairing skin damage, countering the effects of…