In America, millions of couples are struggling to have children. But now scientists think they’ve finally discovered the precise cause of the most common female fertility problem—and they’ve also found a potential cure. Researchers believe that an imbalance of hormones in the womb can trigger a lifelong hormonal disorder in girls, leading to fertility problems down the road. Experiments on mice showed that an old IVF drug could cure the disorder (or at least its fertility problems), and human trials are currently being planned.

One in Ten Women: Fears about fertility have occupied human attention for thousands of years, and even today, infertility is not rare. The CDC estimates that over 6 million women in the United States have trouble getting pregnant or staying pregnant—roughly 10% of women of childbearing age. Even forty years after the first test-tube baby, IVF is still surprisingly expensive ($12,000 per cycle), unreliable (only 29% of patients conceive), and rare (95% of infertile couples never pursue IVF).

The Syndrome: The most common cause of female infertility is a condition called polycystic ovary syndrome, which is caused by too much testosterone and other male sex hormones. It’s connected to delayed puberty, excess body hair, irregular periods, high insulin levels, ovarian cysts, and pregnancy trouble. It affects 6-10% of women, depending on how it’s measured. For a long time, the causes were mysterious. There’s no single environmental trigger. It runs in families, but not in predictable ways, so it doesn’t look exactly genetic, either. As one researcher told New Scientist, “It’s something we’ve been stuck on for a long time.”

The Theory: Fertility researchers in France noticed that pregnant women with the syndrome have high levels of something called Anti-Müllerian hormone (AMH), an important hormone for fetal development. This was a big discovery: AMH is the hormone that male fetuses make to block the development of the female reproductive system. If female babies were exposed to too much of it, that might well trigger a hormonal imbalance and reproductive problems.

The Experiment: To test the theory, scientists injected pregnant mice with AMH. The results were startling. The female pups grew up with symptoms a lot like polycystic ovary syndrome: excessive testosterone, delayed puberty, irregular ovulation, and difficulty getting pregnant. They took much longer to conceive, had a third fewer litters, and less than half as many pups in each litter. This is strong evidence that fetal exposure to AMH is at least one major cause of the syndrome.

AMH doesn’t just control the growth of reproductive organs, it also tells the fetus how to make the hormones connected to them. One of these hormones, called GnRH, regulates ovulation in women. In men, it is produced at a consistently high rate, but women need just a surge of it once a month to kick off ovulation and release an egg. During the rest of their cycle, it should quiet down. But women with the polycystic syndrome (and the mice exposed to AMH) make the hormone like men—way too much of it, all the time. That messes up their ovaries, which never get a break from the go-go-go hormone to let them finish the normal egg development process.

Old Drug, New Trick: Not content with two big discoveries, researchers went for the hat-trick by trying to cure the condition now that they knew how to cause it. And, lucky for them, the treatment might have already been invented. Fertility drugs for IVF can sometimes cause premature ovulation, releasing eggs that aren’t ready to be fertilized yet. So doctors developed a drug called Cetrorelix that suppresses GnRH, the hormone that triggers ovulation, to make sure that eggs don’t drop too early. By giving the mice a moderate dose of Cetrorelix every other day for two weeks, they were able to “reset” their natural menstruation and ovulation process. That let them completely regain their normal fertility patterns—the frequency of menstruation, the speed of conception, the rate of litter productions, the number of pups, and their hormone levels perfectly matched the control mice, which were not exposed to AMH.

What It Means: Because the drug has already been proven safe and effective, researchers are planning to go directly to human trials to try to devise a treatment program for women with polycystic ovary syndrome. This is part of a growing “drug repositioning” movement where scientists and clinicians are working to find new uses for already approved drugs.

As always, we should be hopeful but cautious. It’s not certain that the disorder caused by AMH in female mice is exactly the same thing as the human syndrome, and there could be other complications that can’t be solved by suppressing a single hormone. But even if it doesn’t turn out to be a miracle cure, it still offers a completely new approach to treating polycystic infertility. 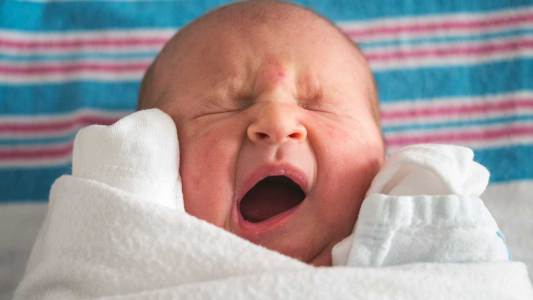