A new gene-based treatment for ALS was shown to improve symptoms for some patients in an extended phase 3 trial of the drug, called tofersen.

“I have conducted more than 25 [ALS] clinical trials, and the tofersen trial is the first in which patients have reported an improvement in their motor function,” said Pamela Shaw, leader of the trial’s UK arm.

“Never before have I heard patients say, ‘I am doing things today that I couldn’t do a few months ago – walking in the house without my sticks, walking up the garden steps, writing Christmas cards,’” she continued. “For me this is an important treatment milestone.”

The challenge: ALS, sometimes called Lou Gehrig’s disease, is a rare neurological disorder that affects the nerves that control muscle movement. Early symptoms include muscle stiffness or twitching, but over time, the disease will progress to cause paralysis and early death.

While there are treatments to slow the progression of ALS, none can halt or reverse symptoms, and the average life expectancy after diagnosis is just 2 to 5 years.

“Never before have I heard patients say, ‘I am doing things today that I couldn’t do a few months ago’.”

Disappointing start: While most ALS cases have no known cause, about 2% are due to mutations in the SOD1 gene. These mutations cause the gene to produce faulty SOD1 proteins that clump together and damage the nervous system.

Biogen Inc.’s drug tofersen, which is administered directly into the fluid surrounding the spinal cord, interferes with the SOD1 gene’s ability to produce its protein.

The drug was given in 8 doses over the course of 24 weeks, and the hope was that this would significantly improve symptoms in people with SOD1-ALS within six months. But in October 2021, Biogen announced that the drug failed to meet that goal in its phase 3 trial, VALOR.

What’s new? Tofersen did lower protein levels and demonstrate other positive effects in the trial, though, so some participants who initially were given a placebo opted to receive Biogen’s treatment for ALS as part of an “open label extension” (OPE) study.

In addition to studying those patients, Biogen also continued to follow up with participants who had received the drug in the initial trial.

It has now published data from both VALOR and the ongoing OPE in the New England Journal of Medicine, and it appears the benefits of the drug are more significant the longer a patient is on it.

“The 12-month results showed that individuals with SOD1-ALS who started tofersen earlier experienced a slower rate of decline in clinical and respiratory function, strength, and quality of life,” said Timothy Miller, principal investigator of VALOR. “These are critical measures for people living with this devastating disease.”

“We are now seeing in the data what we suspected about tofersen for a long time – that it has the potential to make a clinical difference for people living with SOD1-ALS,” added Merit Cudkowicz, co-principal investigator of VALOR.

Looking ahead: The FDA is currently reviewing Biogen’s treatment for ALS and is expected to decide whether or not to approve the drug by January 25, 2023.

While the direct impact of the drug’s approval wouldn’t be huge — only about 620 Americans have SOD1-ALS — up to 10% of ALS cases are thought to be caused by genetic mutations like this, and data from the trial could fuel the development of other gene therapies.

“If approved, tofersen will be the first treatment to target a genetic cause of ALS, and we hope this will pave the way for further advances in this relentless disease,” Priya Singhal, Biogen’s interim head of R&D, said in July 2022.

Mental Health
Exercise boosts the brain — and mental health
New research is revealing how physical activity can reduce and even ward off depression, anxiety and other psychological ailments.
Up Next 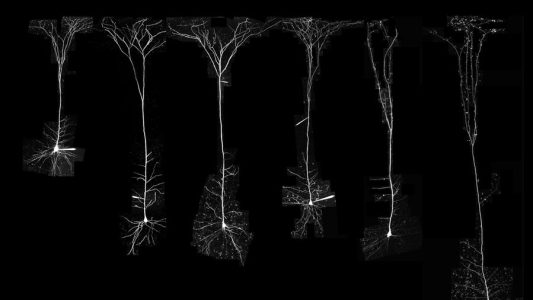 Researchers identified a “building plan” that holds true for every species they looked at — except for humans.

Neuroscience
Study finds a striking difference between neurons of humans and other mammals
Subscribe to Freethink for more great stories
Subscription Center
Sections
Video
Freethink
Subscribe
We focus on solutions: the smartest people, the biggest ideas, and the most ground breaking technology shaping our future.
Subscribe