While a controversial new drug approval is top of the headlines, the quest for a drug for Alzheimer’s disease continues in labs around the world.

A small phase 2 study has found that a drug used to slow the progression of ALS, also known as Lou Gehrig’s disease, could be repurposed to treat the cognitive decline of Alzheimer’s.

The drug, riluzole, slowed brain metabolic decline and seemed to have a positive effect on cognition compared with a placebo, according to the Alzheimer’s Drug Discovery Foundation (ADDF), which funded the research.

From ALS to Alzheimer’s: ALS is a progressive neurological disorder afflicting specific neurons in the brain and spine. Known as motor neurons, these cells control voluntary muscle movement in the limbs, chest, throat, and mouth.

According to the ALS Association, the disease comes on gradually, emerging in different ways in different people. One may have a hard time holding a coffee cup, the other’s voice slipping in pitch when speaking.

As the motor neurons die, the muscles will begin to weaken, until movement is lost; when the muscles of the respiratory system become impacted, ventilators become necessary.

It is, inevitably, fatal.

The drug appeared to slow brain metabolic decline and even improve cognition.

But for close to two decades, riluzole has been used to slow the progression of ALS. The drug works by preventing the release of glutamate. The neurotransmitter, which plays an important role in neuron communication, is believed to damage motor neurons when there is too much of it.

Glutamate regulation problems are believed to play a role in Alzheimer’s disease, as well, the researchers wrote in their study, pre-published in the journal Brain — marking it as a potential drug for Alzheimer’s.

“Riluzole represents many of the ADDF’s research priorities,” Fillit said.

It’s an already approved drug, it’s trying something that hasn’t been done to death in other studies, and the study design is good enough to actually tell us something useful.

The study: The research team, headed by lead investigator Ana Pereira, Assistant Professor of Neurology and Neuroscience at the Icahn School of Medicine, had evidence in preclinical research that riluzole could work as a drug for Alzheimer’s.

The double-blind, randomized, placebo-controlled phase 2 study recruited 50 people between the ages of 50 and 95. All of the patients were diagnosed with probable Alzheimer’s disease, and were randomly split into two groups: One received riluzole and the other a placebo, twice a day, for six months.

In the riluzole group, “a well-established Alzheimer’s disease biomarker and predictor of disease progression”declined significantly less in certain brain regions, the researchers wrote.

That slowed progression  related to “changes in patients’ cognitive functions, including memory, attention, language, and visual-spatial skills,” according to the ADDF.

There were no adverse effects in the riluzole group compared to the placebo, the researchers report.

However, the results do make a case for “future larger and longer studies to test riluzole” the researchers wrote.

Because riluzole has long been approved by the FDA — and has roughly twenty years’ worth of safety data behind it — the drug testing should be streamlined and less expensive than with a novel drug for Alzheimer’s, the ADDF said. 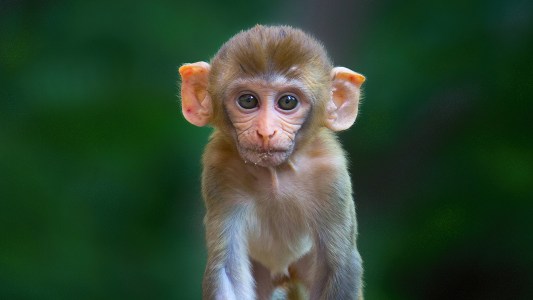 The first neuron-level 3D image of an entire macaque monkey brain could have a major impact on the world of neuroscience.