An international study has discovered four distinct types of Alzheimer’s disease, based on how tau protein spreads in the brain — and the discovery could lead to more personalized and effective treatments.

The tau protein: Alzheimer’s is an incurable brain disorder that affects cognition and memory. While researchers aren’t certain what causes Alzheimer’s, they have identified changes in the brain linked to the disease.

One of those changes has to do with the tau protein.

In a healthy brain, this protein helps stabilize neurons. In people with Alzheimer’s, however, an abnormal form of tau accumulates, causing “tangles” that affect neurons’ ability to communicate.

The study: Using PET scans, doctors can track the accumulation and spread of the tau protein in the brain of a person with Alzheimer’s, as a way of monitoring the disease’s progression.

Traditionally, the default assumption has been that the protein spreads in basically the same way for all Alzheimer’s patients.

By analyzing PET scans of people with Alzheimer’s in various stages, as well as people who were cognitively normal, researchers have now identified several patterns, each linked to specific Alzheimer’s symptoms.

“In contrast to how we have so far interpreted the spread of tau in the brain, these findings indicate that tau pathology in the brain varies according to at least four distinct patterns,” lead author Jacob Vogel from McGill University said in a press release.

The four types of Alzheimer’s: No single tau pattern identified in the study was dominant — each affected between 18% and 33% of Alzheimer’s patients — and each pattern was linked to an emphasis on certain symptoms.

This knowledge is important for doctors who assess patients with Alzheimer’s.

A variant in which the tau protein spread mostly in the temporal lobe, for example, appeared to primarily cause memory issues.

A second type, which spread throughout the cerebral cortex, caused fewer memory problems than the first variant, but patients tended to have more difficulty planning and performing actions.

Tau collected in the visual cortexes of patients with the third variant. They typically had more difficulty orienting themselves and processing shapes, colors, and other visuals than patients with other types of Alzheimer’s.

The final variant saw tau spreading mostly in the left hemispheres of patients’ brains, and that appeared linked to increased difficulty with language skills.

Why it matters: The discovery of the four types of Alzheimer’s alone isn’t enough to help anyone with the disease. However, it could advance Alzheimer’s research on more targeted drugs, and potentially lead to better, more personalized care for patients.

“This knowledge is important for doctors who assess patients with Alzheimer’s,” said research supervisor Oskar Hansson of Lund University, “and it also makes us wonder whether the four subtypes might respond differently to different treatments.”

“Right now, research on various drugs that reduce the amount of tau in the brain is very active, and it will be exciting to see if they vary in efficacy depending on the subtype of Alzheimer.” 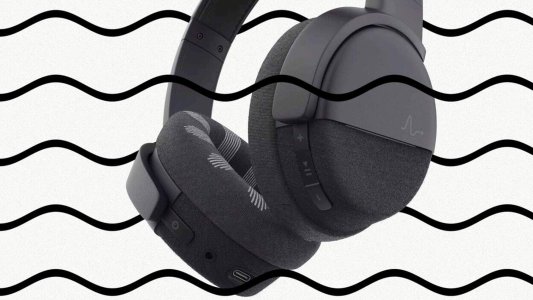 Neuroscience
These brain-sensing headphones could help you focus
Subscribe to Freethink for more great stories
Subscription Center
Sections
Video
Freethink
Subscribe
We focus on solutions: the smartest people, the biggest ideas, and the most ground breaking technology shaping our future.
Subscribe