Flu season isn’t even over, but medical researchers already need to start thinking about next year’s vaccine, an annual race to head off the next flu outbreak. But scientists at the Icahn School of Medicine at Mount Sinai may have found a solution: a universal flu vaccine that will protect against all variants of influenza. Year after year. For life.

No one looks forward to the yearly flu shot. Why can’t the flu vaccine be a one-and-done vaccination, such as those that protect against common viruses like measles, hepatitis, or polio? The answer lies in the rapid pace at which the flu virus naturally mutates.

“It’s … really the only virus that is common to man that changes so consistently from season to season,” says National Institutes of Health (NIH) immunologist Anthony Fauci, “which is the reason why it is the only virus that afflicts man that you have to get an updated vaccine virtually every year. That’s really unprecedented except for influenza.”

“I think there’s a misperception about flu… The flu is potentially a serious disease.”

The virus particle itself is covered with proteins, like tiny broccolis sprouting from the surface. The proteins, called hemagglutinin, play an essential role in helping the flu virus infect the human cell. They have two parts: the head and the stem. The protein head is undergoing constant genetic drift, meaning it mutates and changes yearly. But the stem remains stable.

Current flu vaccines cause the body to create antibodies that target the protein head. The antibodies act as the body’s army by recognizing and neutralizing foreign substances, like the hemagglutinin protein.

But the head’s ability to mutate rapidly may be the flu’s most powerful defense. By the time flu season is over, the vaccine is outdated, and researchers are already trying to predict in advance the molecular structure of next year’s virus.

Microbiologist Adolfo García-Sastre and his team at Mount Sinai are trying to figure out a work-around. Instead of focusing on the hemagglutinin protein head, they are looking for something in the virus’s structure that doesn’t change year to year, such as the stem.

If they can create a robust immune response against the stem of that protein, which doesn’t evolve as much, then they could create a universal flu vaccine. Laboratories across the country are taking a similar approach.

Garcia-Sastre’s team may be close. By using genome sequencing, they took a close look at the molecular structure of influenza and created a vaccine to target the stem. So far, in multiple animal models, their vaccine has been successful, providing a long-lasting immune response. Now the team is moving to Phase I and II of clinical trials — first proving it is safe, then determining the flu vaccine effectiveness.

“I think there’s a misperception about flu,” says Fauci, that the virus is not a big deal. “The flu is potentially a serious disease.”

The disease burden of the flu is nothing to make light of. The CDC reports that during the 2017-2018 flu season, there were 61,000 influenza-associated deaths in the United States and 808,129 hospitalizations. The people most at-risk for complications are the elderly, pregnant women, and young children. The problem is exacerbated in countries where people have limited access to flu vaccines or medical care. Garcia-Sastre says that a universal flu vaccine would make a substantial public health and economic impact.

“The vaccine that we have is the first one that is able to use antibodies against multiple subtypes of influenza virus. There is no other vaccine that has been able to do that,” Garcia-Sastre says.

The next step is to prove the antibody levels in his universal flu vaccine are enough to protect against the flu. He expects that they will test this in the final phase of clinical trials in about five years. If all goes according to plan, the yearly flu shot will be a thing of the past. 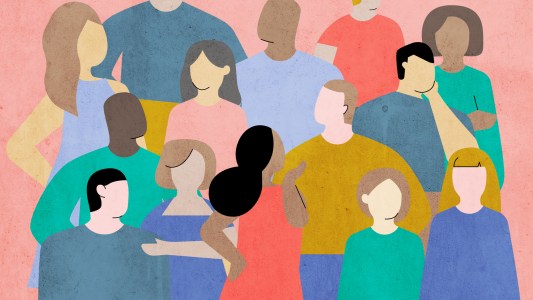 A recent study found that the vast majority of Americans can’t accurately explain terms like “deductible” and “copay.” And more than half of all bankruptcies are linked to medical expenses. This Silicon Valley startup’s model could be just what we need to turn the tide.

Healthcare
Understanding health insurance doesn’t have to be a burden
6:09
Subscribe to Freethink for more great stories
Subscription Center
Sections
Video
Freethink
Subscribe
We focus on solutions: the smartest people, the biggest ideas, and the most ground breaking technology shaping our future.
Subscribe