Vaccinations are undoubtedly one of the greatest public health advancements in human history. While developing new vaccines for deadly diseases is a big hurdle in itself, a second hurdle comes in actually distributing those vaccines to remote and impoverished areas of the world.

However, thanks to a team of researchers at the University of Texas, that second hurdle may have just gotten a lot easier to clear.

The team led by Maria A. Croyle, a professor in the College of Pharmacy, has developed a thin, inexpensive, peelable, and lightweight film that can keep live viruses, antibodies, enzymes, and bacteria stable without refrigeration. It can also be administered by mouth.

“It is essentially a plug-and-play platform,” Croyle told UT News. Once her team knows what the vaccine needs to remain stable, they can adjust the strips to support them. The strips resist extreme temperature changes which can render vaccinations useless.

Most vaccinations need to be kept within a certain temperature range from their creation right up to administration. Too hot or too cold, and the vaccine is not effective. Traditionally, this requires what is called a cold chain for transportation and distribution. Cold chains are supply chains that are temperature controlled; this is more challenging and expensive than traditional supply chains.

And for some regions of the world, it is practically impossible. Being able to transport vaccines at room temperature would be huge — and potentially lifesaving. Approximately 1.5 million deaths each year could be avoided if global vaccination coverage improves, according to the World Health Organization

Croyle and her team published their findings this month in Science Advances. However, she writes that the journey began in 2007 and was partly inspired by children’s candy.

In The Conversation, she writes:

So far, the strip has had proof-of-concept tests with vaccinations for Ebola and H1N1 influenza. The hope is that it is effective for treatments against other pathogens as well — including SARS-CoV-2019, the culprit behind COVID-19. 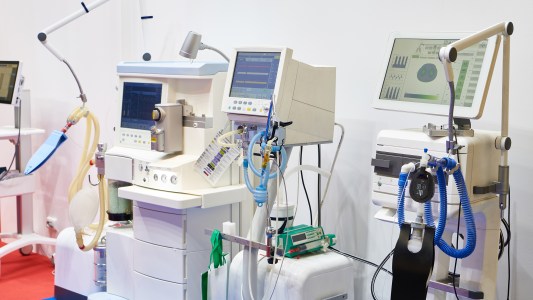 Researchers have specifically designed a new coronavirus ventilator to address the critical shortage caused by the abundance of COVID-19 patients.