SpaceX is launching Starlink Aviation, a new service that will make its satellite internet network available on planes.

“With Starlink, passengers will be able to access high-speed, low-latency internet from the moment they walk on their plane,” the company tweeted on October 18.

Starlink Aviation: In June 2022, the FCC gave SpaceX permission to begin selling Starlink terminals — the receiver devices for its satellite-based internet — that work on moving vehicles. The company then announced Starlink Maritime for boats, and it’s now launching Starlink Aviation for airplanes.

This service will deliver internet speeds up to 350 megabits per second (Mbps) per plane while it flies anywhere in the world, according to SpaceX. Even the best in-flight WiFi currently available typically tops out at 100 Mbps, and some carriers only offer 9.8 Mbps.

At the speeds SpaceX is offering, every passenger on a plane should be able to take video calls, play games, and more at the same time.

“Internet in airplanes will feel same as if you were accessing Internet at home!” tweeted SpaceX CEO Elon Musk.

The details: A Starlink Aviation subscription costs between $12,500 and $25,000 per month, depending on an airline’s needs, plus a one-time hardware fee of $150,000. Customers will have to pay someone to install the system or do it themselves, as SpaceX doesn’t offer that service.

SpaceX plans to begin hardware deliveries in mid-2023 and is currently taking reservations for $5,000. There are no long-term contracts or data limits for Starlink Aviation, and the hardware is under warranty for as long as a customer subscribes to the service.

The big picture: Before a Starlink terminal can be installed on a plane, the airplane’s owner or operator will need to obtain a supplemental type certificate from the FAA — this grants permission to modify the plane from its original design.

All of the models SpaceX says are currently in the process of being certified for Starlink Aviation are private or regional planes, but large commercial planes could be coming soon.

In April, Hawaiian Airlines announced that it would begin offering free Starlink WiFi on some flights starting in 2023, and in June, Jonathan Hofeller, Starlink’s VP of commercial sales, said SpaceX was working on agreements with other airlines.

“All in all, passengers and customers want a great experience that [geostationary] systems simply cannot provide,” he told attendees at the Connected Aviation Intelligence Summit. 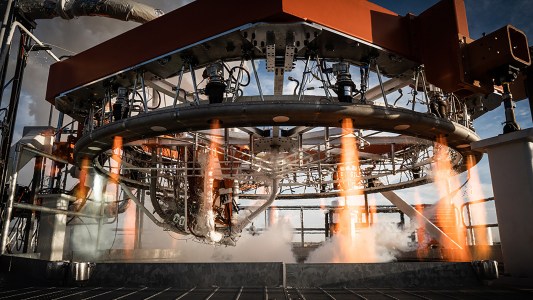 To build the world’s first fully reusable rocket, startup Stoke Space is completely reimagining what a rocket engine should look like.