Scientists have created a new virtual 3D heart model in striking detail — mapping the network of neurons surrounding the heart for the first time.

Everyone knows that the heart’s critical role is circulating oxygen and blood throughout the body — a role that is maintained in the brain through a network of nerves between the brain and the heart. Damage to those nerves could cause a heart attack, heart disease, or even death.

But what isn’t thoroughly understood is the heart’s own neurons. Surrounding the heart is a lattice of nerve cells that act as the heart’s mini-brain, controlling the heart’s rhythm and monitoring local heart heath. How it works has long been a mystery.

Using a rat heart as a model, the team at Thomas Jefferson University mapped the cardiac nervous system at the cellular level. Then they added a layer of gene expression data, creating a 3D heart model — the ultimate field guide to the heart’s neurons.

Many cardiologists aren’t even aware there are neurons in the heart, let alone that they are critical to heart health.

Now researchers everywhere can use the heart model to study the function of the heart’s neurons with more precision, thanks to the virtual 3D modeling created by the team led by pathologists James Schwaber and Raj Vadigepalli.

To get the data for the heart model, published in iScience, the team first used knife-edge scanning microscopy to cut extremely thin layers in the heart, scanning each layer. With 3Scan software, a diamond knife makes a very fine slice through the organ. Then, using laser capture microdissection, they took a microscope image of each slice, down to the cellular level. The detailed images captured the individual neurons and a record of their position on the heart.

To make the 3D heart model, they layered the images into a stack using a computer program called TissueMaker. Then came the tedious work of manually mapping and contouring the image.

They also layered on gene expression data in the individual neurons. Information about how to run the cell is stored in our DNA, which is the same in every cell. What makes cells (like muscle or heart or nerve tissue) different from each other is how that DNA is expressed (or “transcribed”) by mRNA. By measuring the concentration of different kinds of mRNA in cells, scientists can glean detailed information about the cell’s role and function.

“Many cardiologists aren’t even aware there are neurons in the heart, let alone that they are critical to heart health,” says Schwaber. The initiative was a part of the Stimulating Peripheral Activity to Relieve Conditions (SPARC) program, which posts their work online for researchers to access.

Schwaber says that this 3D heart model provides a roadmap for studying the connections, placement, and properties of the heart’s neurons. For example, the team discovered a cluster of neurons at the base of the heart. The cluster surrounds a “sinoatrial” node, which is important for setting your heart rate. They also found differences between the neural organization of male and female rats’ hearts, which could help scientists understand why heart disease differs between the sexes.

The team hopes to eventually replicate this heart model with healthy and diseased human hearts. Their work could make an impact on medicine, such as effective treatments using neuromodulation, or electrical stimulation. 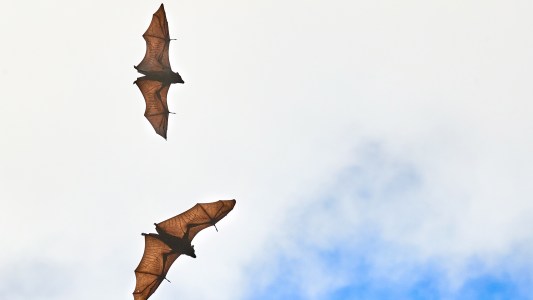 Virology
Bats are not the enemy
By B. David Zarley
Subscribe to Freethink for more great stories
Subscription Center
Sections
Video
Freethink
Subscribe
We focus on solutions: the smartest people, the biggest ideas, and the most ground breaking technology shaping our future.
Subscribe