Despite what Owl City might want you to believe, fireflies aren’t the affectionate, dancing hippies of the insect world — they’re flying bags of poison, each filled with enough toxin to kill any lizard hungry enough to eat it.

The flashing glow for which the insects are known is designed to serve as a warning to such predators to keep their distance. That type of defense mechanism is called an “aposematic signal,” and it’s not unique to fireflies — many poisonous toads, snakes, and plants are brightly colored for the same reason.

However, bats don’t always see fireflies’ warning, since they have notoriously bad eyesight — so the insects may have developed a second, sound-based aposematic signal to keep those predators at bay.

That’s when they realized nearby fireflies were also making their own ultrasonic sounds while flying.

“Consequently we hypothesized that the sound is not intended for any internal communication within the species.”

If the fireflies weren’t using the ultrasonic sound to communicate with one another, there may be another reason for it — and the researchers suspect that it’s an aposematic signal specifically targeting bats.

The researchers still need to test their theory that fireflies’ ultrasonic sounds are a form of “musical armor” against bats, but for now, they’re intrigued by how the discovery could inform our understanding of the predator-prey relationship.

“The idea of warning signals that the sender itself cannot detect is known from the world of plants but is quite rare among animals,” Krivoruochko said.

“Our discovery of the ‘musical battle’ between fireflies and bats may pave the way for further research,” she continued, “and possibly the discovery of a new defense mechanism developed by animals against potential predators.” 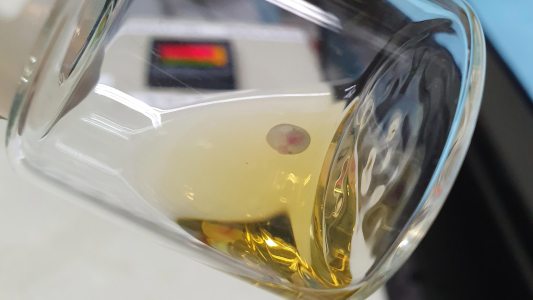 Researchers have grown a mouse embryo outside the uterus for longer than ever before, opening up the door to learning more about how mammals grow.

Fertility
Researchers have grown a mouse embryo in a bottle
Subscribe to Freethink for more great stories
Subscription Center
Sections
Video
Freethink
Subscribe
We focus on solutions: the smartest people, the biggest ideas, and the most ground breaking technology shaping our future.
Subscribe