GalSafe pigs look like your standard swine, but they’re unlike any other animals in the world.

These pigs are the first genetically modified animals approved by the FDA for use as food or medical products — and they have the potential to save lives.

To create genetically modified animals, scientists add, delete, or edit parts of their DNA. In doing so, they can give the animals (and sometimes their offspring) desirable traits that they might never have naturally.

Since 2009, the FDA has only given its stamp of approval to four genetically modified animals (or products made from those animals).

Only one animal, a genetically engineered salmon, had previously secured FDA approval for human consumption — but now, the GalSafe pigs are approved for both.

“Today’s first ever approval of an animal biotechnology product for both food and as a potential source for biomedical use represents a tremendous milestone for scientific innovation,” FDA Commissioner Stephen Hahn said in the announcement about the GalSafe pigs.

Researchers at biotech company Revivicor engineered the GalSafe pigs to be born without a sugar molecule, called alpha-gal, on the surface of their cells.

The molecule, found in beef, pork, and lamb, can trigger a severe allergic reaction in people with alpha-gal syndrome (AGS) — often contracted following bites from the Lone Star tick. People with AGS usually have no choice but to cut those foods out of their diets.

This approval represents a tremendous milestone for scientific innovation.

The FDA didn’t specifically test whether Revivicor’s genetically modified animals are safe for AGS sufferers to eat, but it did determine that the pork is safe for human consumption in general and didn’t contain any alpha-gal.

Aside from potentially putting bacon back on the menu for people with AGS, the GalSafe pigs could also make several medical therapies available to them for the first time.

People with AGS can’t even try any of those therapies — and sometimes, even people without the condition reject them. Researchers believe the immune response to alpha-gal plays a key part in that rejection.

If researchers transition to sourcing their pig-based therapies from Revivicor’s genetically modified animals, they might be able to lessen the chances of rejection or allergic reactions.

With more research, the technique might even make it possible to transplant entire pig organs into humans, helping address the organ shortages that kill 17 people in the U.S. every day.

Virology
How herpes wakes up
Researchers believe they have identified how herpes hiding in your cells wakes back up to cause symptoms. 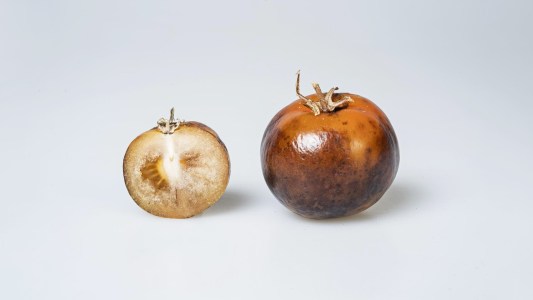 The latest biopharmaceutical is a drug for Parkinson’s disease, Levodopa, produced by genetically modified tomato plants.