Noses twitching, whiskers searching, they are the vanguard of discovery — bearing our hopes and dreams and endless reams of research on their slim shoulders — as we follow their tails into the unknown: lab mice!

From psychology to genetics to microbiology, lab mice are a scientific keystone. Thousands of inbred lineages and precise genetic mutations make for a diverse array of mammal models, including some that only exist in the labs of their researchers.

Preserving these mouse strains is crucial to keeping research going and making sure other scientists can replicate experiments, and losing them can wipe out years of work. The Jackson Laboratory (JAX) mouse rescue program looks to ensure these strains survive by cryopreserving embryos and sperm. Essentially, they freeze and store the lab mouse samples, like a higher stakes version of those hanger steaks in your freezer.

With labs closing around the country due to COVID-19, JAX senior services program manager Rob Taft has seen a massive influx of rescue requests — the most he’s ever seen.

“The mouse is very important,” says Akihiro Ikeda, a professor of medical genetics at the University of Wisconsin-Madison. “The mouse is a mammal, same as a human, and many tissues and organs are very similar to humans’.”

Mice can also be genetically altered to be susceptible to certain diseases, express specific phenotypes, and to fulfill a vast array of other scientific needs.

Losing lab mice can wipe out years of work.

Ikeda — who did postdoctoral research at Jackson — studies the genetics of aging. In his lab, Ikeda seeks out the lab mice mutants who are displaying aging-related disease phenotypes. If they compare these mutant mice with their control colony-mates, then they know the gene is important to that aspect of aging.

The ease and control of genetic mutations is one of the key reasons the lab mouse is so important. The other is its lack of mutations.

Inbred strains greatly reduce the amount of genetic mutation. This means the lab mice in a particular strain are almost identical genetically, allowing research to be standardized and replicable.

“From an experimental standpoint, that gives you much greater power in the experiment,” Taft says.

But this importance cuts both ways: to lose a lab mouse strain is to lose a valuable resource. It can take 1 to 2 years to rebuild a colony, Ikeda says. In the meantime, more than sand will slip through that hourglass — funding, research, and even careers can be on the line.

Faced with widespread lab closures, researchers are rushing to JAX to cryopreserve their lab mice strains at the lab’s location in Bar Harbor, Maine.

The mouse rescue efforts kicked off with a scramble, Taft says. Unlike the natural disasters JAX has responded to before — including Tropical Storm Allison’s flooding of Houston and Hurricane Sandy’s devastation — the closure of labs was sudden, leaving details up in the air.

“At that point, we were working with folks to try and get in and pick up mouse models, in some cases with as little as 48 hours notice,” Taft says. This required switching things up, so JAX worked with its logistics and transportation teams to speed the process as much as possible.

Since then, it’s become clear that specific staff would be allowed to enter labs to take care of the mice. JAX can now take a more controlled approach, Taft says, doing outreach to areas in need and getting things on the books ahead of time to allow researchers to find the right lab mice and get them ready for transport.

Preserving these mouse strains is crucial to keeping research going and making sure scientists can replicate experiments.

For cryopreserving sperm, the preferred and more popular approach to preserving the strains, scientists send two live male lab mice to JAX. There, they obtain the sperm and freeze it, using a protocol developed at the lab in 2007 that allows the sperm to stay viable after thawing. Researchers can also obtain cryopreservation kits from JAX and do the freezing themselves, before sending it back for storage. (There’s a second storage facility off-site in case something happens in Bar Harbor.)

Outside of a pandemic and other disasters, the laboratory works like a lab mouse seed bank, providing more than 11,000 mouse strains for scientists around the country. To run their huge lab mice rescue operation, they essentially ran their distribution network backwards, Taft says, but when work resumes, they’ll then get the mice right back out there.

That near future is uncertain, Ikeda says; researchers know precious little about what’s to come, although funding being cut seems likely. “That’s going to be the challenging situation waiting for us in the next 1 or 2 years.”

But Taft says JAX is already looking ahead. The rush from scientists to suddenly resume work may lead to volume challenges, so he is actively working with the scientific community to forecast their needs. If researchers can give JAX advance notice of what strain of lab mice they will need, they can begin the 2 to 3 month process of having mice ready to ship before the labs are officially open, letting them hit the ground running (or skittering, one supposes).

“That’s kind of the second half of the story,” Taft says. “How do we help the community really get research back on track in this country?” 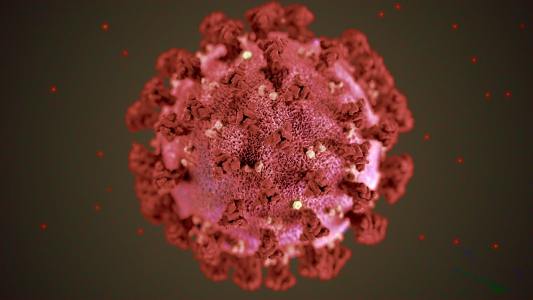 Coronavirus
A proposal to infect volunteers, the race to a vaccine, and more COVID-19 updates
Subscribe to Freethink for more great stories
Subscription Center
Sections
Video
Freethink
Subscribe
We focus on solutions: the smartest people, the biggest ideas, and the most ground breaking technology shaping our future.
Subscribe