Left-handed people are systematically excluded from brain research, due to an archaic doctrine in neuroscience about lefties’ brains. But two neuroscientists, who happen to be right-handed, say that should change.

When it comes to the ergonomics of some everyday objects (like can-openers, credit card swiping machines, and those infuriating writing desks with the chairs attached), lefties are left out. And, apparently, they are also ignored in brain research.

Lyam Bailey was reading studies on brain imaging research when he noticed something odd: nearly all the research participants were right-handed. Curious, Bailey began asking around.

“I started to realize that it was a very, very entrenched convention to by default screen out left-handed participants, which just seemed a little bit strange to me,” he says.

Given that 10% of the population are left-handed people, you might expect that there would be the same ratio in a pool of study volunteers. Bailey, who studies neuroscience and psychology at Dalhousie University, decided to conduct a meta-study to find out, which he published in the European Journal of Neuroscience.

He found that of 1,000 research papers published in 2017, only 3.2% of study participants were lefties. Left-handed people are almost entirely excluded from neuroscience research.

Given that many studies occur on college campuses, only a small subset of the human population actually is around to volunteer for brain imaging studies. Participants generally come from Western, educated, industrialized backgrounds. And, according to Bailey’s research, study participants are nearly exclusively right-handed.

Bailey says this isn’t an accident. He describes it as a “widespread convention” that stems from the idea that left-handed people will “mess up” the data.

Neuroimaging brain research uses magnetic resonance imaging (MRI or fMRI) to capture pictures of active regions of the brain. Researchers want subjects that are comparable to each other so they can average their data and draw conclusions about whatever variable they are looking at. But lefties’ brains are different enough that researchers wish to exclude them to reduce data irregularities.

The brain is divided into two hemispheres that aren’t perfectly symmetrical in form or function. Because of this lateralization, some brain functions are dominated by one half — especially when it comes to motor skills and language processing.

A lot of people feel that handedness might interfere with their results, so they play it safe and exclude left-handers.

In the 1800s, researchers discovered that the right brain hemisphere controls the left side of the body and vice versa. When later researchers found that, in 95% of right-handed people, the left brain controls language skills, they assumed that the opposite must occur in left-handers.

It turns out that is not true at all. Lefties have “atypical language processing” — they are a wild card.

In about 75% of left-handed people, the left brain controls language skills. So — to be precise — the vast majority of left-handers also have left-sided language processing, but at a lower proportion than right-handers. That finding motivated a lot of people to screen out left-handers — an exclusion that continues today.

Bailey advocates for including left-handed people in research. He says they won’t negatively impact the data. But deeply entrenched habits are hard to break.

“A lot of people feel that handedness might interfere with their results, so they play it safe and exclude left-handers. I think it is difficult to get over that hesitation. It is a very, very widespread convention,” Bailey says.

To prove his point, Bailey did the math.

“Mathematically, it’s trivial. There’s no real reason to exclude left-handers from these studies,” says David Carey, a psychologist at Bangor University. Carey studies handedness and agrees with Bailey that it is time to let go of this long-held convention.

Researchers have become increasingly concerned about the lack of diversity in genetic studies. Using primarily white people in research to draw broad conclusions can be misleading or problematic when designing treatments for health conditions. But is the concern the same for brain research that ignores left-handed people? Is science missing out by ignoring neuro-diversity? Carey says that including lefties can help researchers learn more about brain functions that are not constrained by lateralization.

“We’ve missed the treat by not studying these people. And a few groups, not just mine, are starting to actively look for them,” he says.

“If left-handedness moderates whatever you’re interested in, handedness makes a difference. Then you want to understand that difference. So why would you actively exclude anybody? But if left-handedness doesn’t moderate it in any interesting fashion — in other words, left-handers and right-handers are pretty much the same in these domains — then why would you exclude lefties? They’re good scientific reasons to include left-handers in your study, or there are no good scientific reasons to exclude them from your studies,” says Carey.

Bailey adds that it would be detrimental to research apps for mental health applications (I’m a lefty and I volunteered for a smartphone, mental health study), or language learning games if the study pools didn’t include lefties — given that language processing is dominated by one half of the brain.

You want to study handedness for its own sake, because it’s weird, it’s interesting, it’s related to brain asymmetries in ways we do not fully understand.

“If those studies are only being done on right-handers, then we don’t know if they’re going to work as well with left-handed consumers. They might, but we just don’t know,” he said.

“In some science, it wouldn’t have made any difference to the results of the studies. But in many domains, handedness probably is a moderating variable that you want to study. You want to study handedness for its own sake, because it’s weird, it’s interesting, it’s related to brain asymmetries in ways we do not fully understand,” says Carey. 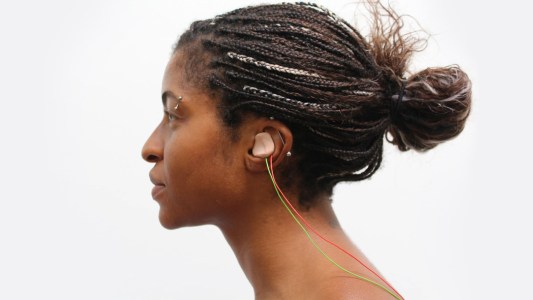 A non-invasive vagus nerve stimulation device can make language learning easier — and it might help with other types of learning, too.