Learning new languages as an adult is notoriously difficult, but scientists say a new earbud-like device could change that.

The device works by imperceptibly stimulating the longest nerve that extends out from the brain (scientifically called the vagus nerve). And while its creators aren’t entirely certain how their vagus nerve stimulation device helps with language learning, they do believe it could open up opportunities for all kinds of learning.

A new study, conducted by researchers at University of California San Francisco (UCSF) and University of Pittsburgh, reveals that the earbud can make it easier for adults to recognize foreign language tones, a task that is notoriously difficult for English speakers.

The researchers found that the vagus nerve stimulation device improved performance by 13% when volunteers attempted to distinguish between two of the tones — ones generally considered easier for non-Mandarin speakers to identify — compared to participants who didn’t receive any stimulation.

The researchers suspect that the stimulation might enhance the signaling of neurotransmitters, temporarily boosting the wearer’s attention to the audio, but they’ll need to conduct additional studies to confirm that suspicion.

They also plan to test whether longer sessions with the vagus nerve stimulation device can significantly improve the ability to distinguish between two tones that are more difficult for non-Mandarin speakers to identify, which it failed to do in the initial study.

Language Learning and Beyond

The potential applications for this vagus nerve stimulation device aren’t limited to language learning, according to the researchers.

“One of the most surprising things about our results is that we saw such a dramatic improvement for a classically difficult task: language learning in adults,” researcher Matthew Leonard told Freethink. “So I think there is great promise for this technology to be used in a wide array of learning tasks.”

The device could also have applications in healthcare, where vagus nerve stimulation — usually delivered through invasive implants — is already used to treat epilepsy and depression.

“Stimulation could be a useful adjuvant — assisting, not replacing — to traditional rehabilitation, such as speech-language therapy and physiotherapy,” he continued.

Mental Health
Exercise boosts the brain — and mental health
New research is revealing how physical activity can reduce and even ward off depression, anxiety and other psychological ailments.
Up Next 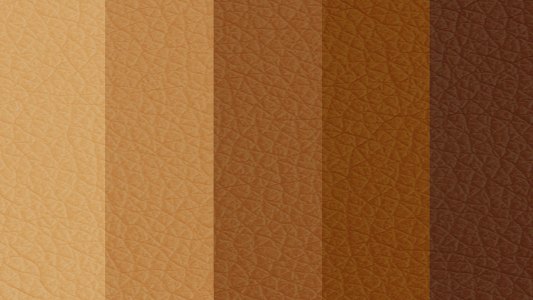 Medical student Malone Mukwende wrote a book to teach others how to spot clinical signs of illness on patients with darker skin tones.

Education
Doctors need to learn what illnesses look like on darker skin
Subscribe to Freethink for more great stories
Subscription Center
Sections
Video
Freethink
Subscribe
We focus on solutions: the smartest people, the biggest ideas, and the most ground breaking technology shaping our future.
Subscribe