Mouse embryos have now been grown completely from stem cells, without sperm or eggs — and outside a mouse womb.

The breakthrough, from a lab at the Weizmann Institute of Science, appears to represent an important step in understanding the development of organs, disease, and life as a whole.

It may also be just the start.

“As soon as the science starts to move into a place where it’s feasible to go from a stem cell population in a Petri dish all the way through to organ development — which suggests one day it will be possible to go all the way to creating a living organism — it’s a pretty wild and remarkable time,” Paul Tesar, a developmental biologist at Case Western Reserve unaffiliated with the work, told STAT’s Megan Molteni.

The mouse embryos, revealed in the journal Cell, are the first to be created solely from stem cells. The Weizmann researchers consider it an important step towards one day being able to grow organs and tissues for transplantation.

“The embryo is the best organ-making machine and the best 3D bioprinter – we tried to emulate what it does,” Weizmann professor Jacob Hanna, who led the research team, said in a statement.

Beyond the womb: The mouse embryos were made possible by previous advances in Hanna’s lab — in particular, a bottle-based device that can nurture embryos outside the womb.

The device provides embryos with a nutrient solution — mimicking the placenta — and controls the oxygen exchange and pressure, all while constantly rotating the bottles. Last year, the team announced they were able to grow mouse embryos longer than ever before inside the device.

But those embryos were first incubated in pregnant mice and then transferred to the bottles, not grown exclusively in the lab — and they were created via the ordinary sperm-egg process.

“That really showed that mammalian embryos can grow outside the uterus — it’s not really patterning or sending signals to the embryo so much as providing nutritional support,” Hanna told Molteni; using stem cells alone was the next step.

“Can these cells make an entire embryo? That was a big unanswered question for the field.”

The experiment: Before the development process could begin, the team first separated mouse embryonic stem cells (ESCs) into three different groups. One group was left alone; these stem cells were intended to develop into the embryo.

The other two groups were nudged into developing into placenta and yolk sack cells — tissues that aren’t part of the embryo itself but are necessary for it to grow.

The cells were put into the artificial womb device, where they began to develop — spontaneously self-organizing into embryos. Successful embryos were able to be grown for eight and a half days — a bit under half of a mouse’s usual 20-day gestation period.

Early organs began to form, including a neural tube, brain with folds, stem cell blood circulated by a beating heart, and an intestinal tract. The cell types, based on measurements of their gene expression, were 95% similar to natural embryos, according to the scientists.

“We found that these cells do have this incredible self-organizing capability that can be unleashed if given the right artificial settings,” Hanna told Molteni.

Niels Geijsen, a stem cell biologist at  Leiden University Medical Center not involved in the study, told Science that the embryos are “very impressive similarities at the cellular level. The right cells arise at the right time.”

The limits: There are limitations to the work, however. The team was not able to keep any of the embryos viable past the 8.5-day mark, for reasons Science reported as unknown. And only a tiny fraction of the original stem cell groups, around 50 out of 10,000 — 0.5% — developed at all.

Still, the research proves the concept is possible, up to a point.

“Our next challenge is to understand how stem cells know what to do – how they self-assemble into organs and find their way to their assigned spots inside an embryo,” Hanna said in the statement.

“And because our system, unlike a womb, is transparent, it may prove useful for modeling birth and implantation defects of human embryos.”

The cells were put into the artificial womb device, where they began to develop — spontaneously self-organizing into embryos.

From cells: Being able to grow an embryo (or at least an “embryoid” — not all experts are convinced these are true embryos) purely from stem cells may help surmount some of the technical and ethical challenges of using embryos in research — or create new ones.

On the one hand, experiments that would require collecting stem cells from thousands of harvested embryos are currently not feasible — but now that you can go the other direction, from stem cells back to embryos, you can potentially solve that problem.

Millions of mouse stem cells can easily be grown in the lab, according to Weizmann, and these could be packaged into groups that reassemble into embryos.

On the other hand, growing human embryos from stem cells may technically get around some restrictions on embryonic research and reduce reliance on donations of unused IVF embryos, but it may also create new controversies in its own right.

Humans, too? The technique could eventually be used as an important source of human tissues and organs for transplant, Hanna predicts.

Rather than trying to grow isolated organs in the lab, you could theoretically use an embryoid — created from stem cells reverse-engineered from your own adult skin cells — like your own bio-factory of cloned organs.

“We won’t need to dictate to the emerging organs how they must develop,” Hanna said in the statement. “The embryo itself does this best.”

It remains to be seen just how wide the gap is between mice and human development — or between ESCs and reverse-engineered stem cells — but Hanna, in fact, is already planning to try to translate this research into human treatments, with a startup named Renewal Bio. 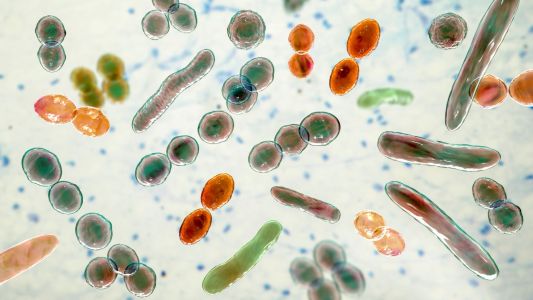 A microbiologist looks at how home test kits work, what kind of information they provide and if they can really help change your gut.

Biology
Which microbes live in your gut? A microbiologist tries at-home test kits
By Benjamin Wolfe
Subscribe to Freethink for more great stories
Subscription Center
Sections
Video
Freethink
Subscribe
We focus on solutions: the smartest people, the biggest ideas, and the most ground breaking technology shaping our future.
Subscribe