It took just 48 hours for Moderna to create their COVID-19 vaccine one year ago this week. Now, researchers are saying the breakthrough technology that enabled this quick turnaround could be used to develop vaccines and treatments for other diseases, too.

Vaccines are a stunning success story for modern medicine. We’ve largely been able to control or eliminate horrible diseases, like measles and polio, as well as completely triumph over others, like smallpox.

However, traditional vaccines aren’t super effective against pathogens that evolve quickly (like with the flu) or new diseases (like Zika, Ebola, and COVID-19). This is because they use inert parts of the virus that are made in labs.

When injected into the body, the inactivated virus stimulates an immune response, causing your body to create antibodies just like it would with a natural infection. This can help the body recognize and fight the real virus if it ever appears.

However, making these kinds of vaccines requires a lot of time. It also requires a lot of chemicals and cell cultures, which gives ample opportunities for things to go awry (ie: contamination). Both of these requirements pose serious challenges when facing a pandemic.

That’s why Moderna and Pfizer opted to develop a new type of vaccine, called mRNA vaccines. This type of vaccine bypasses those issues: instead of growing whole viruses, it uses part of the genetic code of the pathogen to stimulate an immune response.

This method is quicker, cheaper to develop, and potentially safer than traditional vaccines.

mRNA vaccines instruct the body to make crucial parts of the pathogen — in the case of the coronavirus, that’s the spike protein. Essentially, the body is told to make pieces of the pathogen to train its own immune system.

“We don’t give you a vaccine. We give you the instructions…to make one protein of a virus…as if (the body) had been infected by the real virus,” Moderna CEO Stephane Bancel told the podcast Bio Eats World. Then an immune response is stimulated, just like with a regular vaccine.

The mRNA method can tell cells to make any protein — including those from pathogens that cause other diseases.

Messenger RNA (mRNA) is a molecule that exists in every cell. On a normal day, it receives a set of instructions (written in genetic code) from DNA in the nucleus and carries it outside to the cell’s cytoplasm, where proteins are built.

mRNA vaccines essentially jump in the middle of this process. The vaccine’s mRNA is passed directly into the cell’s cytoplasm, where it is picked up and used to make the virus protein. The protein then gets stuck out of the cell membrane, where passing immune cells can detect it, triggering the immune response — the same way it would if it was really infected with the virus.

Bancel told Bio Eats World that it’s better to have your body actually make part of the pathogen because it more closely resembles a real infection.

“When you get an infection by an mRNA virus in your body, what happens? The mRNA virus gets in your cell and uses your own cell machinery to make the protein self-replicate inside your cell,” said Bancel. This is one of the reasons that both Moderna and Pfizer achieved such high efficacy rates — over 90%.

Bancel argues that some traditional vaccines are less effective because the proteins are manufactured outside the body and then simply injected. These proteins “just circulate in your blood,” waiting for a chance encounter with immune cells, rather than mirroring the natural process the immune system is designed to detect.

The Need for Speed

As we’ve seen, mRNA vaccines can be designed within a few days, as opposed to traditional vaccines.

Moderna designed its vaccine immediately after receiving the genetic code from China and before a sample of the virus had even reached the U.S. This also means that the vaccine will be much easier to tweak as the virus mutates — just change the code.

“This technology is revolutionizing vaccinology,” Beate Kampmann, director of the Vaccine Centre at the London School of Hygiene & Tropical Medicine told Nature.

“The technology lends itself to the nimble plug-and-play approach that will be required to respond to (future) pandemics.”

Because every virus and bacteria is built with genetic code, the mRNA method can tell cells to make any protein — including those from pathogens that cause other diseases. mRNA vaccines are currently being tested for Ebola, Zika virus, and influenza.

Cancer cells also make unique proteins that could be targeted by mRNA vaccines (although, vaccine, in this case, is more of a precision treatment than a preventative measure). Currently, our go-to treatments are surgery or blasting the tumor with radiation and chemicals.

But using mRNA, we can train the immune system to precisely target each genetically unique tumor. All you’d need to do is find the cancerous antigen and reverse engineer the genetic instructions.

There’s been recent progress with treating melanoma. In fact, before the pandemic, both Moderna and BioNTech (which developed the Pfizer vaccine) were primarily focused on developing mRNA drugs for cancer.

Now, Moderna is planning mRNA vaccines for HIV, seasonal flu, and other viruses, while BioNTech is looking at treating multiple sclerosis (MS).

The tech could also possibly be used to help the body make proteins that are missing in some genetic diseases, like cystic fibrosis.

Still, experts warn, don’t expect to see lightning-fast progress with other diseases as we did with COVID-19. For one, the coronavirus turned out to be a relatively simple virus to target because of its spike protein. Second, the high infection rate made it possible to rapidly test for efficacy.

We’ve seen rapid progress with mRNA vaccines in just the last few months — but really, this is the culmination of decades of work. Especially noteworthy are the contributions of Katalin Karikó, now a Senior Vice President at BioNTech. She dedicated her career to mRNA research and persevered through multiple professional and personal setbacks — until one day, it all paid off.

In the early days, animal studies kept running into severe, sometimes deadly inflammation. Karikó solved this problem in the 2000s by modifying one molecule of the mRNA. The integrity of the genetic code was kept intact, but it no longer caused this deadly complication in animals — and eventually proved to be safe in people, as well. Her discovery and decades of work are the reason mRNA vaccines are safe — a life-saving discovery that is now changing the lives of billions around the world.

“I always wanted to help people, to try and get something into the clinic,” she told Wired. “That was the motivation for me, and I was always optimistic. But to help that many people, I never imagined that. It makes me very happy to know that I’ve played a part in this success story.” 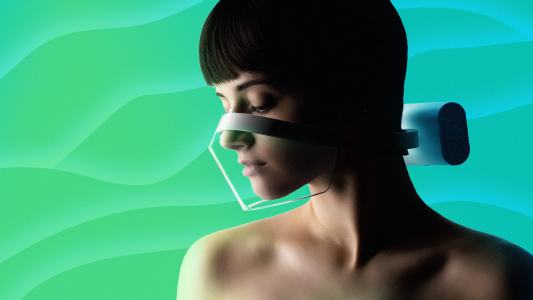 The designer of the original Beats by Dre headphones is working on a next-generation face mask that combines fashion and functionality.