Thirtysomethings have probably noticed that physical activities that were once easy now require a little bit more effort…and more aspirin. Even the most mundane tasks can strain muscles. But imagine a device that can measure how your muscles work as you perform these tasks. This device could help you correct your hand positioning as you type to avoid muscle cramps; or, an almost undetectable sensor could tell you you’re straining your back while lifting things at work or the gym. This information could help you prevent future injuries. A new, micro-thin patch — inspired by the Japanese paper-cutting technique known as kirigami — could be the first step to making this a reality.

Scientists in Japan have used kirigami-inspired technology to make a patch to measure muscle activity. The patch runs a test called surface electromyography (SEMG) — watching muscle activity from outside the body — which dates back to the 1920s but has been limited by clunky technology. These scientists have shrunk the device to just a couple of square inches that are a few ten-thousandths of a millimeter thick.

Regular electromyography (EMG) — measuring the electrical zaps made by muscles — can be done inside the body with special needles. But imagine trying to model your movements from your job or sports with needles stuck in your arm or torso — you’d feel like the Hellraiser.

SEMG lets doctors observe you without intruding. However, traditional SEMG devices have used stick-on electrodes that also aren’t convenient for field use. Typically, even the thinnest electrodes must be wired to power sources, causing most SEMG devices to be rigid and clunky.

“Conventionally, sEMG has been recorded using small electrodes that are attached to the skin surface and connected to an amplifier with wires,” Dr. Kento Yamagishi and colleagues at Japan’s Waseda University write in their newly published study. “However, these devices restrict free movement.”

So, the Japanese team designed a new setup to fix these problems. In their device, conductive wires are sandwiched between two cushion layers, and the whole thing is less than 400 nanometers thick.

The research team used baseball pitchers — who perform a repetitive, high-energy motion — to test their prototype. Yamagishi’s team stuck their patch to a pitcher’s palm, running a flexible wire to a minimal Bluetooth power source out of the pitcher’s range of motion. Yamagishi’s device deforms with the skin, meaning it can naturally bend and move with the palm — one of the most difficult surfaces to cling to.

This patch could improve a lot of situations where a “mechanical mismatch” has puzzled doctors and physical therapists.

“Because of the flexibility, stretchability, and durability of the elastic kirigami wiring system, the patch, Bluetooth module, and two EMG sensors remained secure on the skin without detachment or rupture during the trials,” the team writes. “The elastic kirigami patch … is an effective solution for the mechanical mismatch between electrical devices and the human body.”

Indeed, the patch could improve a lot of situations where that “mechanical mismatch” has puzzled doctors and physical therapists.

SEMG is growing in popularity for athletes. But historically, its main use has always been for regular people undergoing physical therapy. This kind of muscle test can help avoid fatigue injury, aid in study and treatment of muscle paralysis, and narrow down factors that cause back pain. It can help office workers better prevent repetitive strain injury. As the technologies get better and cheaper, SEMG is really for everyone. 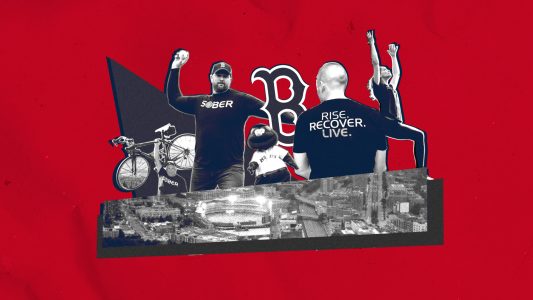 As drug overdose deaths climb higher, this gym is challenging the thinking behind traditional models for addiction recovery services with free memberships open to anyone sober for at least 48 hours.