When two atoms fuse into one, they release an enormous amount of energy. This process, nuclear fusion, is what powers the sun, and it only happens under tremendous heat and pressure.

Those conditions are hard to recreate stably on Earth, but if energy experts can figure out how to harness the power of nuclear fusion, it could provide the world with near-limitless clean energy — and a new device could put them one step closer to that goal.

The sun’s core is an ideal setting for nuclear fusion. It contains extremely hot hydrogen plasma, and its gravity places enough pressure on that plasma — evenly and from all directions — to force the hydrogen atoms to merge and become helium.

But to recreate nuclear fusion on Earth, researchers need to build a machine that can control and contain super-hot plasma — as Nobel-winning physicist Pierre-Gilles de Gennes once said, it’s like trying to put the sun in a box.

“The idea is pretty,” he added. “The problem is, we don’t know how to make the box.”

One of the best boxes researchers have come up with so far is a device shaped like a hollow donut, called a “tokamak.” Magnets on the outside of the device manipulate the hot plasma within it. As atoms fuse, the interior walls of the tokamak absorb their energy.

They’ve made tremendous progress on these machines over the past decades, but there are still many hurdles to create usable nuclear fusion. Fusion reactors do exist, but they require more energy to run than they put out (which defeats the purpose), or they struggle to sustain the reaction for more than a few minutes.

Another problem is figuring out what to do with all the heat produced by the plasma, aka the “exhaust problem.”

“The exhaust area has to withstand temperatures like that of a spacecraft on re-entry to the atmosphere,” Kim Cave-Ayland, a plasma control engineer at the Culham Centre for Fusion Energy (CCFE), said. “We need to get it down to something more like that of a car engine.”

On October 29, the CCFE announced that it had officially switched on MAST Upgrade, a new tokamak that could potentially solve this nuclear fusion problem, thanks to a brand new exhaust system called the Super-X divertor.

This device is expected to cause a tenfold reduction in the excess heat leaving the plasma, cooling it to the point that normal materials will be able to withstand the heat.

The Super-X divertor isn’t the only thing about the MAST Upgrade that’s unique, either — instead of being shaped like a donut, the $70 million device looks more like a cored apple, a style called a “spherical tokamak.”

This unique design is expected to facilitate nuclear fusion experiments that wouldn’t be possible with traditional tokamaks. It’s also smaller, which could be a boon for efforts to commercialize fusion energy.

“We’ve been thinking about a pathway to fusion power plants which allowed for smaller, and therefore cheaper builds,”  Ian Chapman, chief executive of the U.K. Atomic Energy Authority, which built the CCFE, told BBC News.

“That will hopefully allow quicker penetration into energy markets,” he continued. “That’s the genesis behind the spherical tokamak.” 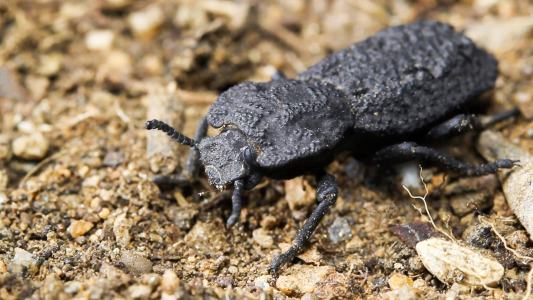 Engineering
The "Iron Man" of beetles could inspire super-durable cars and planes
By Kristin Houser
Subscribe to Freethink for more great stories
Subscription Center
Sections
Video
Freethink
Subscribe
We focus on solutions: the smartest people, the biggest ideas, and the most ground breaking technology shaping our future.
Subscribe