The Department of Energy is funding two nuclear plant prototypes, which will be wildly different than the designs currently in use.

“After talking about it for decades, the United States is finally ready to take the next step in demonstrating advanced reactor technologies,” the DOE release reads.

The two design proposals, by TerraPower LLC and X-energy will initially be rewarded $160 million, with the DOE planning to invest $3.2 billion over the next seven years — Congressional approval pending, of course.

Both designs are meant to make nuclear a safer, more cost-effective option for energy.

As Science‘s Adrian Cho points out, a nuclear plant is pretty simple in concept; it’s just a boiler heating water, and using the resulting steam to turn turbines to generate electricity. The difference is, instead of coal or gas or solar energy, the fuel is the enriched uranium inside the core.

Incredibly hot, the nuclear plant’s core is ensconced in pressurized cooling water, which gets heated up and then heats up the steam-generating water in turn.

TerraPower’s design uses molten sodium metal as the cooling medium instead of water. Since sodium’s boiling point is higher than water, there’s no need for complex and costly pressurizing, Cho reports.

The sodium’s heat from the uranium will be transferred to molten salt, which could go right to generating steam power or into a holding tank, where it could be tapped to ramp up power if more is needed. This would solve a problem with traditional nuclear plants, which can only generate a fixed stream of energy.

Meanwhile, X-energy’s design uses pressurized helium gas to cool its reactor, instead of water or sodium. The nuclear plant’s uranium would not come in rod form, but instead would be contained in “pebbles.” In what Cho likens to a gumball machine, the pebbles would flow down the reactor, generating power as they went, before dropping out of the bottom.

Since the pebbles can’t melt, there would be no risk of a meltdown.

The key challenge for molten salt reactors, Popular Mechanics’ Carolin Delbert writes, is mechanical: we just don’t understand very well how molten salt acts in a nuclear setting. Tanks have experienced leaks, and their use is new at commercial scale. The National Renewable Energy Lab believes the tech needs to be “developed for safety and best practices.”

Both designs are meant to make nuclear a safer, more cost-effective option for energy.

Still, because it is not boiling or pressurized, it is potentially safer than that pressurized water systems — if we can get the kinks ironed out.

Nuclear plant technology is experiencing something of a radioactive renaissance of late, with new steps taken towards better nuclear fuel, smaller reactors, and even nuclear fusion.

And now the DOE is pumping millions into the nuclear plant prototypes — no sites have been chosen yet, by the way. 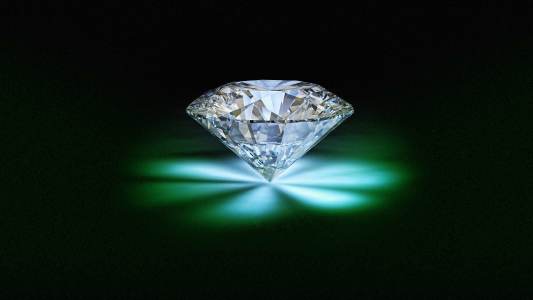 These nuclear diamond batteries could provide an endless source of energy.